Who had the first big hit with the song “Hound Dog”?

Willie Mae Thornton (December 11, 1926 – July 25, 1984), better known as 'Big Mama Thornton', was an American rhythm-and-blues singer and songwriter. She was the first to record Leiber and Stoller's "Hound Dog" which became her biggest hit, staying seven weeks at No.1 on the Billboard R&B chart in 1953 and selling between 500,000 and 750,000 copies. The song was specifically written for her by songwriters Jerry Lieber and Mike Stoller, who went on to pen other hits, including "Yakkity Yak”, "Charlie Brown”, "Stand By Me”, "Jailhouse Rock”, and "Love Potion No. 9”.

"Hound Dog" was Thornton's only hit record and is one of the Rock & Roll Hall of Fame's "500 Songs That Shaped Rock and Roll”. It was inducted into the Grammy Hall of Fame in February 2013.

The original lyrics were not those sung by Elvis, who heard a revised version of the song, rewritten and performed by Freddie Bell and the Bellboys, and decided to record it. The 'Elvis version' was about a dog, whereas the original Leiber and Stoller version was about a freeloading gigolo, essentially an anthem of black female power. However, the 1956 ‘Elvis version’ is the one best remembered as the song became his biggest hit, selling more than 10 million copies worldwide.

During her life, Thornton remained largely unrecognised for her influence in shaping American popular music - blues, rock & roll and soul. She died in relative poverty of a heart attack in a Los Angeles boarding house, aged 57, on July 25, 1984.

JohnnyRoulette
George Oliver Prince, it sold over half a million copies, a ton for the times, what with it being a race record. It also reached #1 on the R&amp;B charts. Not much to question. Great version

George Oliver Prince
I have to question this answer. The question asks &quot; big hit&quot;. Elvis had a huge hit

illonabird
There is a scene in the movie A Few Good Men where Thornton was singing that song. I had never heard her version. I did some research and as a consequence will never forget her name, her works or her contribution. I paid tribute to her at the R &amp; R Hall of Fame. 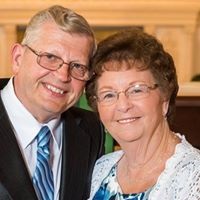 dhmchev
I thought I had that right !!! Never heard of that person !!
Author:
JodobeHD
Writer