Gutenberg was long thought to have also invented the punch-matrix system of casting metal type.

Gutenberg was the son of a patrician of Mainz. What little information exists about him, other than that he had acquired skill in metalwork, comes from documents of financial transactions. Exiled from Mainz in the course of a bitter struggle between the guilds of that city and the patricians, Gutenberg moved to Strassburg now Strasbourg, France, probably between 1428 and 1430. Records put his presence there from 1434 to 1444. He engaged in such crafts as gem cutting, and he also taught a number of pupils.

Areesha
Koreans invented the printing press long before Gutenberg did. 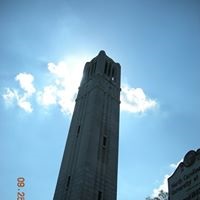 pykim
Koreans invented the printing press long before Gutenberg did.

Helga U. Williams
Even though being German-born, I did not know Gutenberg&#39;s full name. The name made more sense when I read that he was a patrician. Easy trivia question, but educational commentary for me! &#128077;

James Webb
Did Bi Sheung bring literacy to China , as Gutenburg did for Europe.

Susanna Viljanen
Bi Sheung in China. Too bad Chinese is written with hanzi characters - there are simply too much of them so that movable type would have been really useful in the era. Pat Harmer
earlepg, You are correct, printing started in China during the Han Dynasty.

earlepg
Reading the article, and beyond that, another article specifically about Gutenburg, it is evident that Gutenburg did not invent the movable printing press. He introduced the technology that been invented in Asia centuries before, to Europe. The question should be reworded.

krkyates
Gutenburg and the Bible, me thinks is why the answer is Eurocentric.

Roslyn Russell
The oldest book printed using movable metal type was a version of the Buddhist scriptures, the &#39;Jikji&#39;, printed in the Korean city of Cheongju in 1377. The Jikji (a shortened version of the book&#39;s name) is inscribed on the UNESCO Memory of the World Register of documentary heritage of world significance. The city of Cheongju is home to a Printing Museum, endows a UNESCO prize for excellence in documentary heritage preservation, and hosts the International Centre for Documentary Heritage, a UNESCO Category 2 centre.

Louella Wilson
The usual Eurocentric answer which ignores the fact that Gutenberg was just a few centuries after the Chinese. &quot;The world&#39;s first movable type printing technology for paper books was made of porcelain materials and was invented around AD 1040 in China during the Northern Song Dynasty by the inventor Bi Sheng (990–1051)&quot;