Who is Anna Mae Bullock?

Anna Mae Bullock (born on the 26th of November, 1939), is well-known worldwide by her stage name Tina Turner. She is a famous and recognized singer, actress, dancer and author. Turner received a lot of awards and earned wide recognition around the world. Anna Mae Bullock was born in the United States, and know, being famous as Tina Turner, she is a citizen of Switzerland.

She began her musical career in the mid-1950s as a featured singer with Ike Turner's Kings of Rhythm, first recording in 1958 under the name "Little Ann". Her introduction to the public as Tina Turner began in 1960 as a member of the Ike & Tina Turner Revue. The project was successful: they released plenty of songs to become true and recognizable hits. Anyway, later Tina Turner released information about Ike Turner abusing her. They split in 1976 and got a divorce in 1978.

One of the world's best-selling music artists of all time, she has also been referred to as The Queen of Rock 'n' Roll. Turner has been termed the most successful female Rock 'n' Roll artist, receiving eleven Grammy Awards, including eight competitive awards and three Grammy Hall of Fame awards. Tina Turner also set a big record in the history of music: she sold more tickets for solo performer shows than any other artist ever.

Elsy O. Stromberg
No fair- guessed based on picture! Bank-Robber
That lady has a voice!!!

mntvoglein
Jill Anderson Plenge, Oh well, has something to do with racism most likely.

Char
Tom Seigo, I&#39;ll start watching whose doing the q and a..

Char
Elsy O. Stromberg, so did I not right beautiful women but different in color..not 🚫

Char
Jaimi McEntire, exactly no t right so that&#39;s who it is I didn&#39;t think it was any listed

jerry aj
I went by the picture....Oops! 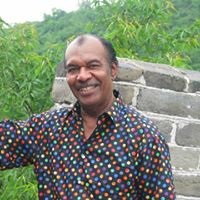 Jaimi McEntire
Why show a picture of Liz Phair?