Who is Batgirl related to?

Barbara Gordon is a fictional superhero appearing in American comic books published by 'DC Comics', commonly in association with the superhero Batman. The character was created by William Dozier, Julius Schwartz, and Carmine Infantino. At the request of the producers of the 1960s "Batman" television series, DC editor Schwartz called for a new female counterpart to the superhero Batman that could be introduced into publication and the third season of the show simultaneously. The character subsequently made her first comic book appearance as Batgirl in Detective Comics #359, titled "The Million Dollar Debut of Batgirl!" (January 1967), by writer Gardner Fox and artist Carmine Infantino.

Barbara Gordon is the daughter of Gotham City police commissioner James Gordon, the sister of James Gordon Jr., and is initially employed as head of the Gotham City Public Library. Although the character appeared in various 'DC Comics' publications, she was prominently featured in 'Batman Family' which debuted in 1975, partnered with the original Robin, Dick Grayson.

John McLardie
The answer IS correct as given. She was initially the daughter of Commissioner Gordon.

Stevie G
&quot;Enter Batgirl, Exit Penguin&quot;, is the first episode of Season 3 of the Batman television series&#39;, first aired on ABC September 14, 1967 as its ninety-fifth episode. It guest starred Burgess Meredith as The Penguin, and also was the first appearance of Yvonne Craig as Police Commissioner Gordon&#39;s daughter, Barbara Gordon, a.k.a. Batgirl. (https://en.wikipedia.org/wiki/Enter_Batgirl,_Exit_Penguin) 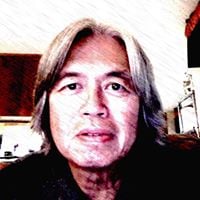 jcdangusa
Wrong ! Get it right!

dick aspel
Niece-not daughter. So many wrong given answers today- this is number 4. Pick up your game checkers. Steve Braccini
WRONG: In 1967, DC Comics reintroduced Batgirl as the niece of Commissioner Gordon as well. Barbara&#39;s mother Thelma died in a car accident when she was a young girl. Her father Roger became an alcoholic, and her uncle, James Gordon, gained custody of her when she was thirteen.
Author:
Special Patrol Group
Writer