Who is generally considered the greatest novelist of the Victorian era?

Some of the world's best known literary characters (Oliver Twist, David Copperfield, Samuel Pickwick) were created by Charles John Huffam Dickens, a renowned English writer and critic. Dickens is often referred to as the greatest novelist of the Victorian era, who showed all the essence of the epoch in his brilliant literary works. Dickens' works were unprecedentedly popular during his lifetime, and by the twentieth century critics and scholars from all over the world had recognized him as a true literary genius. His novels and short stories enjoy lasting popularity nowadays.

Isabel Laing
Through his stories he caused a lot of social changes. The pen is mightier than the sword!!! Barbara Ell
My aunt would have shot me if I got this wrong. She was a Dickens scholar, member of Dickens Fellowship, and bequeathed a nice grant to Dicken&#39;s Museum. Not bad for a Yankee :) Florence Ganter
Dickens is my favorite! I&#39;ve read all the novels with the exception of his last unfinished work. I am currently working my way through his short stories. I don&#39;t think most people realize how funny some of his works are. You have to read The Pickwick Papers! 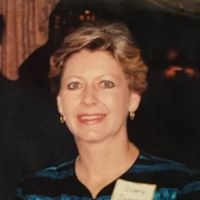 sheenashp
johnpburkhardt, Yes, we are! If Trump could hold people in jail until they had money to sign over their worldly belongings to get out of jail, he would!

johnpburkhardt
We are in Dickensonian times

Peter Thomas
Mario Reyes, not at all. It&#39;s only subjective when it&#39;s about individual opinion. This question clearly stated &quot;generally&quot; so it&#39;s the general consensus, which is Dickens.

braddles
Got it right but a very subjective question.

wordster
The question should have specified &quot;English author&quot; as there were other writers during some remarkable work elsewhere in that period. The term &quot;Victorian era&quot; could be considered a clue, but the question was not as clear as it could be.

Michael O
Subjective question in which I disagree.

Spencer
Too subjective and not correct.

Teresa Green
I would read Dickens before Shakespeare or anyone else... 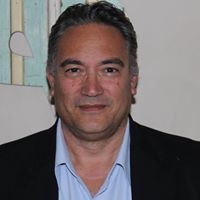 Haunui Royal
Mario Reyes, Not when you see the other choices. Pretty obvious really.

Diding Otico
Yes got it

Cedric Walters
I dare say that I too am of the genius stock and the world will know it
Author:
FAJK
Writer