Who is Nicolas Kim Coppola?

Nicolas Kim Coppola (born January 7, 1964), is known professionally as Nicolas Cage. He was born in Long Beach California to August Coppola who is the brother of Francis Ford Coppola. Cage is also the nephew of actress Talia Shire. Cage has two brothers, Marc and Christopher. At the very beginning of his career, he changed his name in order not to be always associated with his uncle.

His film debut was a minor role in Fast Times at Ridgemont High (1982). Some of Cage's movies include Moonstruck (with Cher), 8mm (1999), The Rock (along with Sean Connery), Con Air (1997) and National Treasure along with numerous other roles.

He received an Oscar for his role as a suicidal alcoholic in the film Leaving Las Vegas. In total, Nicolas was nominated for the Award twice.

Mark Johnson
Leaving Las Vegas was a great movie. He definitely earned his Oscar for that.

Scott Sumone
I like action movies and Mr Cage makes good ones...there is one where he escapes hell...but his best is Raising Arizona.... 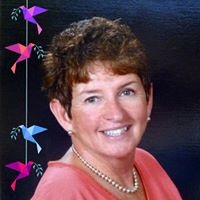 Wyla Reedy
I watch any movie that has Nicolas Cage in it.

Irma Rivera
I like Nicolas Cage so much that long time ago I started reading about his life and I have watched must of his movies, one that shocked me was 8mm which is actually happening in real life!!!

chuckidesantis
He&#39;s been in some other good ones; Matchstick Men, Knowing, Peggy Sue Got Married, Next... Jim Cleary
Pleas e give me a chance to view the question before counting me out !

Richard G Schwartz
He has also made a bunch of really el stinko movies.

George Oliver Prince
The first name kind of gave it away, also knew the relationship