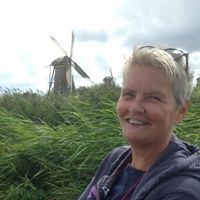 Patrick T
Corey Taylor, it was Verizon&#39;s decision not to use him anymore. So he went here the job was. How I that a sellout?