Who is the author of the novel "Carrie"?

Carrie is an epistolary horror novel by American author Stephen King. It was his first published novel, released on April 5, 1974, with an approximate first print-run of 30,000 copies.

Set primarily in the then-future year of 1979, it revolves around the eponymous Carrie White, an unpopular friendless misfit and bullied high-school girl who uses her newly discovered telekinetic powers to exact revenge on those who torment her. During the process, she causes one of the worst local disasters the town has ever had. King has commented that he finds the work to be "raw" and "with a surprising power to hurt and horrify." It is one of the most frequently banned books in United States schools.

Much of the book uses newspaper clippings, magazine articles, letters, and excerpts from books to tell how Carrie destroyed the fictional town of Chamberlain, Maine while exacting revenge on her sadistic classmates and her own mother Margaret.

Vince Savage
The transition to the big screen worked really well...Sissy Spacek acted her socks off...

Darlene Davidson
King&#39;s wife rescued the manuscript from the trashcan. She knew what she was doing.

margaret V.
I got the correct answer - so why did I move down several places?

Jim Mascair
I liked the book with its reporter of the facts approach. 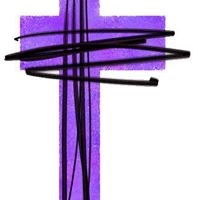 Rachel Weatherby
One of my favorite authors!

Nikki Proctor
There is a new series called Outsider by Stephen King and I am really enjoying it. Paranormal stuff is my cryptonite.

Irene Townsend
Don&#39;t like Steven King books, but guessed this right as only author I knew.

dsneed
Stephen King fans know this, and I am indeed a Stephen King fan. Are you aware that he likes to appear in his films ala Alfred Hitchcock? He does. He is not in all of them, but when he does he gives himself speaking parts. Yay me.

Annie
I cannot read Mr. King’s books they are too scary and “raw” for me!

Suzanne Beer
Did not do good this round..

Mr.LaFaye
One of my favorite Stephen King books. And yes Sissy Spacek was an excellent cast for the title role.