Who was the first person to win an Oscar for playing a member of the opposite sex?

The history of the Academic Awards contains a lot of interesting trivia and memorable events. One of the most distinguished and outstanding Oscar winners is the American actress Lydia Susanna Hunter, who was born on the 2nd of April, 1945. She is best known by her stage name Linda Hunt. Every experienced TV viewer remembers her role of Henrietta Lange in the CBS series NCIS: Los Angeles.

Anyway, Hunt's most curious work is her role as the male Chinese-Australian photographer Billy Kwan. For it Hunt won the Academy Award for Best Supporting Actress in 1983, becoming the first person to win an Oscar for playing a character of the opposite sex. Kristen Richardson
No. Hoffman was nominated but didn&#39;t win. His character was a male actor that no one would work with and so disguised himself as a woman. Linda Hunt&#39;s character, Billy Kwan, was a man.

stevemanning
Linda Hunt is a amazing actress who has been in many very good films.

Camille Curran
She was amazing in that role. Doug Holt
I got lucky with that Tamara Durant
Jeff Lupetin, no you were right...

Tamara Durant
Giuliana Gatta, I though it was The Killing Fields... 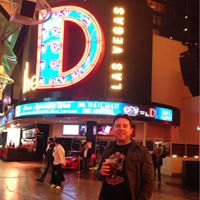 Louise C.
Thanks for the great question spg cool dude

Giuliana Gatta
It’s important to write the title of the movie, indeed! “The Year of Living Dangerously” by Peter Weir (great director)!!!

Suraya Choudhury
I did not know !