Who is the founder of modern management ?

Peter Drucker was the first to assert that workers should be treated as assets, not as liabilities to be eliminated.He originated the view of the corporation as a human community built on trust and respect for the worker and not just a profit-making machine, a perspective that won Drucker an almost godlike reverence among the Japanese. He first made clear that there is "no business without a customer," a simple notion that ushered in a new marketing mind-set. He argued long before othersthe importance of substance over style, for institutionalized practices over charismatic, cult leaders. He who wrote about the contribution of knowledge workers long before anyone knew or understood how knowledge would trump raw material as the essential capital of the new economy.

Drucker worked for an insurance company, then as the chief economist at a private bank. Loren Morgan
Too bad those principles have been abandoned.

Cedric Walters
That must have been on another planet.

Lynne Zeman
It would have been nice to include his birth and if so date of death so we could understand the era that he brought these philosophies. It would be good to bring that management style back. Good for the managers, good for the workers and good for the bottom line.

ninakamwene
WOW! What a fabulous concept, which is abandoned by many corporations at their peril. They live by the $$$ and they will perish by the same. Be self employed, and call the shots. Be an Entrepreneur because it is an American dream. I love the Freedom of Being in this glorious country. God bless the USA! John Rego
I ran.a store, I know not.the same scale wise, but I treated my employees as THE asset, not the goods etc. Pleased now to know whom &quot;originated&quot; this concept; upon my graduation from business school, this was my philosophy. And it worked, my staff experienced little turnover and my loyalty to them was reciprocated ten fold. 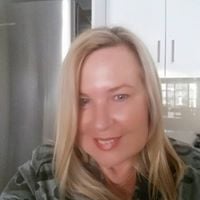 Gemma
Interesting Q and A thank you

gdwhitton
Yeah well those days have come and gone in most companies. “Workers” are just necessary evils in some managers minds.

Carroll Price
A principle ignored by virtually all corporations, with employees being nothing more than assets and liabilities to be manipulated and disposed of when needed.

Janice Lea Vanlandingham
They aren&#39;t heartless they are just in the business of business.

John Dommerman
Workers are treated like assets, until they become liabiities.

jaijam
Too bad so many heartless corporations have gone the opposite view.
Author:
Mastan Shaik
Writer