It is the title character and the main antagonist in Stephen King's 1986 horror novel "It". The character is an ancient cosmic evil which preys upon the children of Derry, Maine, roughly every 27 years, using a variety of powers that include the ability to shapeshift, manipulate reality, and go unnoticed by adults. During the course of the story, It primarily appears in the form of Pennywise the Dancing Clown. "The Losers Club" first realizes Pennywise's presence because of Bill's little brother Georgie.

King stated in a 2013 interview that he came up with the idea for Pennywise after asking himself what scared children "more than anything else in the world", and feeling that the answer was clowns. King thought of a troll like the one in the children's tale "Three Billy Goats Gruff", who inhabited a sewer system.

klmilles
What a career Tim Curry has had. He will always be Dr. Frank-N-Furter, but he was also quite the character in &quot;Legend.&quot;

Areesha
I feel like if you haven&#39;t read the book or watched the movie you&#39;ll still get it right.

Gerald Larkins
I feel like if you haven&#39;t read the book or watched the movie you&#39;ll still get it right.

Jim Mascair
I didn&#39;t know Tim Curry was in that movie. I would have watched it had i known.

Shelley Durocher
Char, Any child still impressionable enough to develop a phobia of clowns because of a movie is too young to watch it anyway. Like most horror movies, &quot;It&quot; is not meant for children. * In the spirit of poking a bit of fun at myself, I will confess that, although I was in my late teens at the time, the clown scene in Poltergeist surely made me jump a bit.

Cora Jeske
Char, plenty of people had fears of clowns and mimes before this. Victorian dolls freak me out. Fears are fears. We all have them.

catmom
The horror movie It is very good but scary. 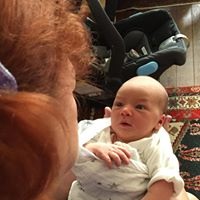 Lynn Luther
Char, I agree. Must we ruin everything for children just to make a buck?

kandilarson
I want to see a movie with a clown named Streetwise. That would be cool.