Mark Andrew Spitz (born February 10, 1950) is an American former competitive swimmer and nine-time Olympic champion. He was the most successful athlete at the 1972 Summer Olympics in Munich, winning seven gold medals, all in world record time. This was an achievement that lasted for 36 years until it was surpassed by fellow American Michael Phelps, who won eight golds at the 2008 Summer Olympics in Beijing.

Spitz swam in his first international competition at the 1965 Maccabiah Games. At age 15 in Tel Aviv, he won four gold medals and was named the most outstanding athlete.

He returned to Israel in 1969 following the Mexico Olympics to again compete in the Maccabiah Games. This time, he won six gold medals. He was again named outstanding athlete of the Games.

1999, Spitz ranked No. 33 on ESPN Sports Century 50 Greatest Athletes, the only aquatic athlete to make the list.

Between 1968 and 1972, Spitz won nine Olympic golds, a silver, and a bronze, in addition to five Pan American golds, 31 Amateur Athletic Union (AAU) titles and eight National Collegiate Athletic Association (NCAA) titles. During those years, he set 35 world records, two of which were in trials and unofficial. 'Swimming World Magazine' named him World Swimmer of the Year in 1969, 1971, and 1972.

Johnny Rock
I don&#39;t believe there is a Paul Newman Jr. he had a son named Scott though. Valerie Coopet
I recognized him because many years ago I was trying to make a Mighty Mouse costume for a big dog. I ended up dressing her up in Mark Spitz underwear! Nice, bright polyester colors!

hoddust
Deborah Gabriel, why can&#39;t they?

Bob Gorby
His underarms are known as Mark’s pits

Dawn Barela
I grew up in a sports loving family and I was 7 during the 1972 Olympics. It was the first time I watched the Games and understood what was going on. I loved Mark Spitz and his story!! I recognized him immediately in the photo!! I did not need to look at the other names! 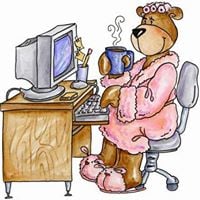 Richard D. Boyle
Easy question for me. I was in law school at Indiana University when Spitz was a star swimmer there.

Deborah Gabriel
Mark Spitz was an amazing swimmer! It is too bad Spitz and Phelps can&#39;t swim a race to see who the world&#39;s greatest swimmer is.

Char
Johnny Rock, I haven&#39;t heard of one either

Char
Thanks Majority I hadn&#39;t a clue
Author:
RCW
Writer