Who is the most decorated American soldier in history?

Audie Leon Murphy (20 June 1925 – 28 May 1971) was one of the most decorated American combat soldiers of World War II, receiving every military combat award for valor available from the U.S. Army, as well as French and Belgian awards for heroism. At the age of 19, Murphy received the Medal of Honor after single-handedly holding off an entire company of German soldiers for an hour at the Colmar Pocket in France in January 1945, then leading a successful counterattack while wounded and out of ammunition.

Murphy was born into a large sharecropper family in Hunt County, Texas. His father abandoned them, and his mother died when he was a teenager. Murphy left school in fifth grade to pick cotton and find other work to help support his family; his skill with a hunting rifle was a necessity for putting food on the table. Murphy's older sister helped him to falsify documentation about his birth date to meet the minimum-age requirement for enlisting in the military, and after being turned down by the Navy and the Marine Corps he enlisted in the Army. He first saw action in the Allied invasion of Sicily and the Battle of Anzio, and in 1944 was part of the liberation of Rome and invasion of southern France. Murphy fought at Montélimar, and led his men on a successful assault at the L'Omet quarry near Cleurie in northeastern France in October.

mybabygirl
Roger Kramer, we are proud of all of our veterans, I just believe they might have listed Audie Murphy because of the decorations he received at such a young age ... he does look very young in the picture , plus he lied about his age when he inlisted ... I could be wrong , but just guessing ... none-the-less , all of our veterans deserve our respect , and the country&#39;s respect for serving their country with honor .... God Bless All of Our Veterns ....... 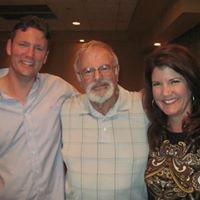 Roger Kramer
Guys, we can find a whole bunch of military members who have been awarded a load of decorations. Instead of trying to claim the most honored warrior, lets just note all of those men and women who have served the country with honor and distinction. I was in command of three separate units in Vietnam and I am proud of everyone of them; a number of them gave it all, and the others did their best! God Bless them all. Major Roger Hart Kramer USAF (ret)

clarkcf
He represents the many whose valor in battle was about maintaining democracy in the eyes of brutal dictatorial abuses! My father was there at the same time winning two Silver Stars and a Purple Heart. When he was asked about Mr. Murphy, he said he is a hero; a guy just doing his job! Allow me the privilege of saying, thank you to all those who fought to preserve democracy from the human rights abuses of yesterday and tomorrow! Charlie

Rich Carmichael
May God bless all those guys My old man was one,82nd Airborne. We&#39;ll never be able to Thank them enough for what they gave us. We&#39;re sure trying to screw it up now,aren&#39;t we. I hope they can look down and forgive us.

randyredskins
I was at his funeral, will never forget it or him Don Curtis Latimer
46 when he died. The good die young.

ninakamwene
I did not know that. Bless all folks who protect us. Thank you.

Larry A Collette
I wrote a report on him at the Homeless Veteran Shelter in Boston, Massachusetts.

dr boobish
Roger Kramer, someone has to be first! I don’t understand your need for glorification of your own accomplishments. I’m a Vietnam veteran, serving with the United States Marine Corps, but I don’t feel the need to reign supreme over an AF flyboy. Audie Murphy deserves to be recognized for his above all accomplishments.

billysmom
My Uncle Joe told me that a lot of young men falsified their ages to get into the military during WWII because it was sure money that they could send back home to their families because there weren&#39;t enough jobs. After the war got going, jobs were picking up at a faster rate and more of the men were waiting until they were the proper age. Audie Murphy was always one of my heroes. I never got to meet him, but I sure did watch ALL of his movies.

David Sarlo
Any man or women that puts their life on hold to serve their country and defend its values. Deserve recognition

Jamie
Joyce Lopez, I agree because the question/answer are wrong, anyways.

Spencer
Misworded question that contradicts the answer. This should never have passed review.

S D L
I remember watching some of his movies and being shocked that he had been a war hero as he was a small guy (5&#39;5&quot;) and still looked very young even in many of his films. An amazing guy who accomplished a great deal despite great challenges, a life of only 45 years, and a tragic end (plane crash). The IMDB biography page for him is https://www.imdb.com/name/nm0001559/bio?ref_=nm_ov_bio_sm

grimmnir
My grandfather served at Anzio and received his bronze star and purple heart in that battle.