Who is the tennis player pictured?

Björn Rune Borg is a Swedish former world No. 1 tennis player widely considered to be one of the greatest players in the history of the sport. Between 1974 and 1981 he became the first man in the Open Era to win 11 Grand Slam singles titles (six at the French Open and five consecutive at Wimbledon), although he was never able to win the US Open in four finals appearances.

He also won three year-end championships and 16 Grand Prix Super Series titles. Overall, he set numerous records that still stand. Borg was the first player to win six French Open singles titles. surpassed by only Nadal 12 FO titles and was undefeated in 6 French Open finals again surpassed only by Nadal 12-0 record in FO Finals. He is considered to be the No. 1 player in the world for 1977, 1978,1979 and 1980.

hector tubens
His matches against John McEnroe were legendary. Which is the reason I enjoyed tennis immensely.

Ilias Tsiabardas
I love 🎾 and I remember him very well

Comniní Tsinari
His heart was said to beat only 35 times per minute. Cool... 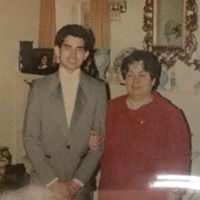 Sam Campos
This tennis player was dominant in his day. Glad I was old enough to watch sons of his wins on TV in the 70s.

Howard Groopman
He retired young, then attempted a comeback using the same wooden racket he&#39;d used as a successful pro. It didn&#39;t work out too well.

tbear
larrywagner, she has! And no 👎! Got your back, Larry! 😊 larrywagner
One of the all time greats. Come on Tesla catch up.

silrem
Stunning is his &quot;failures&quot; in 4 US OPEN Finals. He won on Clay in France and Grass in England.

Joseph A. Robitaille
A good one.
Author:
Andy
Writer