Carolyn Sue Jones (April 28, 1930 – August 3, 1983) was an American actress best known for her role in the legendary TV-show The Addams Family. Carolyn was also the first actress to portray creepy and stunning Morticia Addams. She began acting at the age of 23 in the early 1950s and was considered one of the most promising and talented actresses of the decade. Jones rapidly achieved wide recognition and was nominated for an Oscar in 1957 for her work in The Bachelor Party. For her performance as Morticia Addams Jones was nominated for a Golden Globe Award. Jones appeared in tens of wonderful motion pictures and was also active on television. Carolyn was married three times and died on the 3rd of August, 1983.

William Laughlin
You are mistaken. That was SHIRLEY Jones in the Partridge Family, NOT Carolyn Jones. bettydw
A beauty she was. I love the Adams Family still to this day. Janice Loggins
I only knew her as Morticia Addams, but I knew that beautiful face!!!

carlthedad
She was a stunningly beautiful lady, when she wasn&#39;t made up like Morticia Adams. She made one movie with Elvis Presley.

JohnnyRoulette
If you want to see her doing something other than playing Mortician Adams, I recommend King Creole

Bob Gorby
She was also Marsha, Queen of Diamonds on the camp 1960s TV series Batman

Nicholas Miernicki
Always loved her as Morticia, only reason to watch the show..

tbear
I remember seeing her for the time in &quot;HOUSE OF WAX&quot; , the first 3-D motion picture!

Ma Bales
Swwwwi heard of her, but I don&#39;t really remember hearing!

Jum Sae
Good guessing, I knew nothing about this Lady 🦅 Sharon Ann Deignan
Her eyes told me who she was.. Nancy Forrest
Carolyn Jones starred on the soap opera, &quot;Capitol,&quot; but I never watched a single episode because I never was interested in soap operas. But Jones was a gifted actress in film and television, and I watched &quot;The Addams Family&quot; with John Asten. 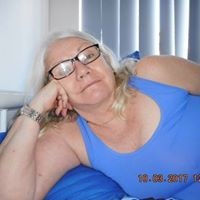 Evelyn Dania Cooke
I seem to be aware of several people who either were born or died 3rd August. Wmc Barker
got it correct,except I thought her name was not that one.
Author:
RexTSiciliano
Writer