Who is this man?

He is a prolific music producer and mogul. Joe Foster
Whoever answered Will Smith should get slapped! Lol

filmnut
I love all kinds of music. I really like &quot;The Black Eyed Peas&quot;. These &quot; Who is this questions ?&quot; are just about impossible to cheat on. You either know them or not.

dianna inmon
They look nothing alike. Whoever said they do, needs glasses 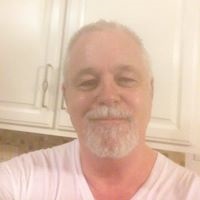 Spencer Thomas Hancock III
Billie Macaw That takes all the fun out of the quiz.

Demekia Meka London
To whomever put the picture on the right: That IS NOT Will.I.Am. That is Wyclef Jean. jferengi
Mary Conway Why take the time to insult another human being when it had nothing to do with you? Timothy Draheim
I answered Will Smith. Don&#39;t know who the guy is!

Julie Brosz-Turney
I got lucky tonight with my answer. Keith Hennessey
NEVER HEARD OF HER

dsneed
tesla alset, You are wonderful.

jack patti go
Missed it! I realized, after, I tapped, Wyclif Jean! I have no clue, who he is!

Lisa Rodrigues
marykeim, Not true. Born on Oct. 17, 1972, Wyclef will be 38 on election day this November. Although he moved to the United States as a child and grew up in Brooklyn and Newark, Wyclef has always retained his Haitian citizenship. He is not American.

Sandra Caulfield
Never heard of him.

Demekia Meka London
pamela h, the man on the right is Wyclef Jean of The Fugees. Not Will.I.Am

pamela h
Richard G Schwartz, I think you&#39;re right. The photos look like two different men. Look at the eyes and the lips

Char
Knew he wasn&#39;t the others so it left him the only answer. Lol