Kathleen Madigan (born September 30, 1965) is an American comedian and TV personality. In addition to her stand up comedy performances she is a regular guest on a variety of U.S. television programs.

Among the TV shows and specials Madigan has appeared on are Last Comic Standing, I Love the 90s: Part Deux, I Love the '80s 3-D, and Celebrity Poker Showdown. She has also starred in her own HBO Half-Hour Comedy Special and a Comedy Central Presents special. She is a veteran of The Tonight Show with Jay Leno, Late Night with Conan O'Brien, Late Show with David Letterman, and The Bob and Tom Show. She also hosts a radio program, Blue Collar Comedy, on Sirius XM Radio.

Madigan has twice participated in USO shows in support of American troops, touring both Iraq and Afghanistan along with fellow comedians like friend Lewis Black. She sometimes writes material for other comedians, as was the case in 2004 and 2005 when she was a writer for Garry Shandling when he hosted the Emmy Awards telecast In 2016, she made an appearance on Jerry Seinfeld's web series "Comedians in Cars Getting Coffee."

Larry W. Jones
Just because you whippersnappers are too young to recognize or remember someone does not mean the question is irrelevant or wrong. Time to broaden your horizons.

illonabird
skullfire, What was wrong with the picture. Looked just like her.

jack patti go
I had no idea who she was! I am an oldie but goody, not a whipper snapper! I thought I was pretty well versed in comedians! I guess not!

skullfire
The picture should be better, why would you let such a terrible picture be used? 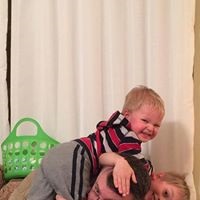 recordpete
Didn&#39;t know any of them. I took a guess because she looks like her name.

Janie Neugent
got it lucky guess Baron Byron Greenback
She&#39;s one of my favorite comedian. I don&#39;t know why she reminds me of Melissa McCarthy. Or is it just me? 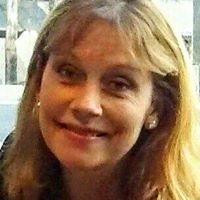 Lori Skelton Simms
She is 3 days younger than me and from St Louis I believe...funny lady!

DannyBoy
I only got it because she looks like her name. Never heard of these people.
Author:
drmaldonado
Writer