The photograph is of Mussolini as a member of the Italian Army during the First World War. It was reported of him that: "He was sent to the zone of operations where he was seriously injured by the explosion of a grenade. He was promoted to the rank of corporal 'for merit in war'. The promotion was recommended because of his exemplary conduct and fighting quality, his mental calmness and lack of concern for discomfort, his zeal and regularity in carrying out his assignments, where he was always first in every task involving labor and fortitude." Mussolini's military experience is told in his work Diario di guerra. Overall, he totaled about nine months of active, front-line trench warfare. During this time, he contracted paratyphoid fever. His military exploits ended in 1917 when he was wounded accidentally by the explosion of a mortar bomb in his trench. He was left with at least 40 shards of metal in his body. He was discharged from the hospital in August 1917 and resumed his editor-in-chief position at his new paper, Il Popolo d'Italia.

Johnny Rock
High accolades for a cruel and soulless dictator!

Rob Farr
It looked like a young Italian soldier to me anyway ... and it turned out to be him.

Darlene Davidson
I didn&#39;t recognize him with hair. Joe Carter
The fact that the rifle looked like it was never used was my clue. 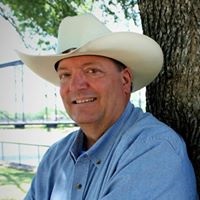 Mark A. Plough
The mustache and Italian rifle was what tipped me off.

Sarah Hearn-vonFoerster
My, how he changed.

Jeannie Ellis
I knew that, but second guessed myself and got it wrong. I guess I&#39;ve got to go with my first instinct. Bobbie Molina
I studied history....might have helped me for trivia! Jim Hill
At least 500 said Hitler. I would have guessed there were not that many people that didn&#39;t know what he looks he, of all people, looked like. Richard Cyngier
The dressing around his legs and the Italian carbine gave it away.
Author:
Frank Cowell
Writer