Robert Charles Durman Mitchum (August 6, 1917 – July 1, 1997) was an American film actor, director, author, composer, and singer. Mitchum gained his fame after several films noir he starred in, as he created anti-heroes that would later become classic representatives of the genre. Such Mitchum's works as The Story of G.I. Joe (1945), Crossfire (1947), The Night of the Hunter (1955), The Enemy Below (1957) and others were extremely popular worldwide and became history later. Mitchum holds the 23rd position on the American Film Institute's list of the greatest male stars of Classic American Cinema.

Larry W. Jones
Improper grammar and writing are a plague, William. How many generations ago did schools stop teaching it?

William Laughlin
What is with the odd phrasing in the sentence, &quot;as he coped to create anti-heroes that would later become classical representatives of the genre.&quot;? &quot;he coped to create&quot;? Do not use &quot;coped&quot; in this way. Why not simply say, &quot;as he created anti-heroes that would later become classic representatives of the genre.&quot; Please also note the distinction between the words &quot;classic&quot; and &quot;classical&quot;. The author of this answer chose the wrong word.

danny powell
Gentlemen, that was Bob Mitchum, not Kirk Douglas!

William Laughlin
Steve McVey Stevo, you sir, are uncivil and your language is lowbrow and rude. My points are not irrelevant to everybody, since if you will notice, the copy has been edited to reflect said points. This is a professional publication and should be held to high writing standards, much the way newspapers, magazines, and books should be. You are a great example of the dumbing down of America, wherein standards and education do not seem to matter and you don&#39;t mind sloppy writing or you simply don&#39;t know the difference. You criticize me for trying to improve the writing on this site. Your comment neither adds to the subject conversation or is corrective, so what is your point? If it was to make yourself feel superior in some way by putting me down, you failed miserably. Your criticism of me says more about you than it does me. You are annoyed by my being correct! That makes no sense. I suggest you keep your snarky, condescending comments to yourself, since I don&#39;t really care about your opinion of me. If you should ever find yourself capable of adult, civilized discourse, by all means get back to me, but until then, I&#39;m not interested. Mark Jones
He was also a decorated Marine, served in the Pacific in WWII.

William Laughlin
Kra Zi Gill No, the error has nothing to do with voice dictation. This is an error in syntax, made by Quizzclub quite often. I tried many times, through private messages, to instruct them as to how awkward this usage is, to no avail. I finally ranted in a comment concerning another question and they finally edited their copy. They have repeatedly used &quot;coped to&quot; followed by a verb. It is for this reason I believe this site originates somewhere where English is not spoken as a first language.

maidafalahi
You are right and I agree with you100%William Laughlin, 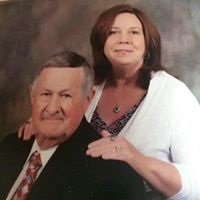 Judy Stephens McElyea
I liked him in El Dorado. One of my favorite westerns.

mikbt
William Laughlin, I agree; people seem to think some words as interchangable when they are not; e.g. Home for sale. It&#39;s House for sale; you cannot sell a home.

jane oddo
Krivoshow, I didn&#39;t either

jane oddo
I loved him

andrew anna
I knew who Robert Mitchum was.

wordster
Caroline Wolter Hall, Is your lack of appreciation really contributing anything worthwhile to this conversation? Hundreds of millions of people (including me) disagree and frankly, my dear, we don&#39;t give a damn whether you like Bob Mitchum or not.

carens
I enjoyed him in “The Longest Day”.

micky
Now I want to have a Mitchum movie day.

dlh
River of No Return - Heaven Knows Mr. Allison - Thunder Road - The Longest Day Some of my favorite movies? Frank Clarke
I believe crooner ( My time is your time) Rudy Vallee spelled his name with a y and not an I.

bvspurrell
William Laughlin, I applaud your efforts others find cumbersome because I for one use these quiz questions to retain what is left of my evaporating memory and more importantly to learn. We disagree I believe politically however that is a fundamental of democracy. Cheers!
Author:
Bewley Steve
Writer