Kirk Douglas, born as Issur Danielovitch on the 9th of December, 1916, is an actor of the Golden Age of Hollywood. Kirk rose to popularity after his lead role as an unscrupulous boxing hero in Champion, for which he was nominated for an Oscar.

Among Douglas' early films were Young Man with a Horn (1950), Ace in the Hole (1951), and Detective Story (1951). Also working as a producer, author and director, Douglas became a leading box-office star throughout the 1950s and 1960s. He starred in more than 90 movies and received three Oscar and three Emmys nominations. Douglas also made a large contribution to the termination of the Hollywood blacklist.

Kirk's son, Michael Douglas, is a well-known actor, best known for producing One Flew Over the Cuckoo’s Nest and his role in Wall Street.

What are your thoughts on this subject?
122 Comments Michael Weiss
One of the greatest actors from the 40s &amp; 50s And the movieTough Guys 1986 with him and Burt Lancaster was priceless.

Scott Sumone
I am Spartacus.... 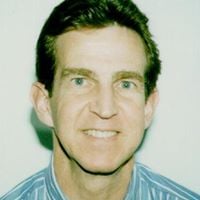 George Moriarty
Player Fred: Ridiculous! He was born in the USA, served in the U.S. Navy, and he was Jewish!

tinaloflin
Bob Mason, me, either!!

kerrirehl
Scott Sumone, boy u are not Spartacus so

svlindsey
He was one of favorite stars.

nmcgirt
Great actor . Loved him in Spartacus which he is famous for the role and they didn&#39;t mention. mlphilpot
His friend in the picture would be Rita Hayworth