Tyrone Edmund Power, Jr. (May 5, 1914 – November 15, 1958), was an American film, stage and radio actor. He appeared in tens of great films, often playing romantic characters and daring daredevils. Power is best known for his work in The Mark of Zorro, The Black Swan, Prince of Foxes, Blood and Sand and The Black Rose. The period from the 1930s to the 1940s was the peak of his career and he took part in dozens of interesting and outstanding projects of diferent genres: from light comedy to serious drama. His own favorite work was the film Nightmare Alley.

In the 1950s Power decided to devote more time for the stage. He received his biggest accolades as a stage actor in John Brown's Body and Mister Roberts. Tyrone died from a heart attack at the age of 44.

Peter
Guessed but got lucky and was right

silrem
What film was the picture from? I think I saw it. 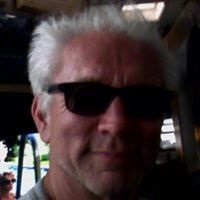 Ross Shoemaker
All the movies you mentioned are public domain now , there are a number of movies with bigger box office or critical acclaim or both. Kathy Jenny
Jesse James! 1939! My big crush growing up. I used to have a framed photo of him on the wall amongst my family pics. 😍

hector tubens
Picture was a dead giveaway for me. Tragic he died so young. Pat Myers Dale
I’m old. So I remember him. LOL

Joseph A. Robitaille
I got it wrong I hit the wrong answer.