Who is widely regarded as the greatest writer in the English language and the world's pre-eminent dramatist?

William Shakespeare (born April 23, 1564 – died April 23, 1616) was an English poet, playwright, and actor, widely regarded as the greatest writer in the English language and the world's pre-eminent dramatist. He is often called England's national poet, and the "Bard of Avon". His extant works, including collaborations, consist of approximately 38 plays, 154 sonnets, two long narrative poems, and a few other verses, some of uncertain authorship. His plays have been translated into every major living language and are performed more often than those of any other playwright. 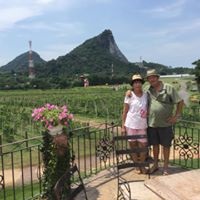 Russell Graves
Did you know that the works of Shakespeare are only attributed to him as there are no surviving manuscripts?

David Coe
None of the others were dramatists.

Chrissie
Shakespeare&#39;s plays are to be seen in performance, not read in classrooms which puts most people off him. Then they don&#39;t want to go to see his plays performed. A great shame.

Chrissie
Janice Lea Vanlandingham, which would explain why a female playwright might use a male name in order to be taken seriously.

joycekingsmith
The Taming Of The Shrew. That was my favorite. It showed me how NOT to behave. Well, that plus the dean at school would clear her throat and would speak nasally, &quot;ladies never say the word hot in the presence of menfolk&quot;.

allysweets
Janice Lea Vanlandingham, maybe that could very well be why “she” used a pseudonym, women were not allowed such “serious” work. Shakespeare’s plays are often very “pro women”. Good food for thought.

Janice Lea Vanlandingham
deborahpmercer, well that really is silly considering that women were prohibited from acting in the Bards time.

deborahpmercer
A work colleague of mine is convinced the plays were really written by a woman - and actually it&#39;s not at all silly and he is a scholar of English literature!

Claude
I cannot understand a lot of the Bards linguistics but some are real jewels.

krkyates
Opinions are like belly buttons, everybody has one