Martin Luther King, Jr. (January 15, 1929 – April 4, 1968), was an American Baptist minister, activist, humanitarian, and leader in the African-American Civil Rights Movement. He is best known for his role in the advancement of civil rights using nonviolentcivil disobedience based on his Christian beliefs.

Ceil G.
We could sure use that honorable man today. A great loss.

John W Shreve
I was in &#39;Nam when MLK was shot. There was a riot at Long Binh Jail and my unit had to put it down.

Seán Dillon
Yvette Brown, how can you say it was not James Earl Ray? Plus blame it on innocent Americans? I saw the video myself! He definitely was the person who shot MLK. Of course a lot of people didn’t like him because he was looking for changes for the better for blacks back then. He did a great job, and would be disgusted to see what the Democrat Party has become today. They are the party of the KKK, division between races, and keeping people of color in poverty IE: welfare, food stamps, etc. They want to be able to control all people. They want that power to take away most if not all of our rights and make us all, even us whites their subjects! I’m very serious about this. They will do away with our Second Amendment right, the freedom we fought the British for to have the ability to defend ourselves! Then they will take your right to free speech away. Say anything against them, and you could go to jail or worse! They will also scrap our Constitution to the junk heap! They will open our borders and let anyone from any country come into our country, and that will ruin our culture and our country’s identity. They will give up our country’s sovereignty over to the UN, and we will be subjected to their insane rules. The America that you and I grew up in, will be non existent. So please jump the ship before it’s to late, and come over to the side that loves this country, all its people, and we all love our flag too. So please join us in helping the president win another election. He has brought unemployment among blacks and Hispanics to never before reached levels. Companies are expanding and hiring more people, the economy is doing great, and the stock market has hit many historical high markers never reached in our country’s history. The president is not racist one bit. He has many people of color in his cabinet and working for him all over the world. So do yourself and your family a major favor, and give him a vote come election time. Oh, we supporters of the president , many are also religious so we are always praying for him and his well being and for our country. God bless you and your family.

Dar Numan
Assassins always are known by three names, so it was an automatic 50/50. LOL

ajfarrowconsulting
Seán Dillon, This is all true and factual information.....Thank you

rdsmith
None of those answer are correct because that&#39;s not where he died at. He was shot on the balcony but he was killed in the hospital

ragged
Yes I agree that he was an honorable man to some extent but he also was a cheater he wasn’t perfectCeil Garrison, Ceil Garrison,

simmingerp
iblobar, I have always found that those who (first) call others &quot;Racists,&quot; are the REAL racists, Gene Lovely
Black Americans have done more damage to the work MLK did than James Early Ray did by killing him. They have destroyed all he ever stood for. Deanna Modrall
Got it. Rode w/my neighbor &amp; her husband who was in a National Guard unit which had been called to duty. Scary time.

chesserchuck
Yvette Brown, and you know this how? 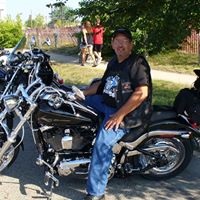 David Swift
I too wish he was here today his approach to civil rights was one of dignity RIP MLK!!!

vasily tchaikovsky
I remember this story and good to know the peopll remember too.God bless Lourdes Taboada
I still remember, at my elementary school, til this day: &quot;Lets bow our head in honor of (5 minutes of silence for) Dr. Martin Luther King&quot; Surely in the Kingdom of Heaven right now &lt;3