Who originally in 1984 wrote and recorded the song "Nothing Compares 2 U"?

The musical artist who originally wrote and recorded, but never released the song "Nothing Compares 2 U" was Prince. Prince's original 1984 recording of the song was not released until 2018, when it was issued as a single by Warner Bros. Records in conjunction with his estate.

In addition to the release, Prince's version of the song was given its own music video in conjunction with being recorded in the music studio on April 19, 2018. The video consists of edited rehearsal footage shot in the summer of 1984. The song was later included as the final track on Prince's 2019 posthumous compilation 'Originals'. This is an album which contains a multitude of demo recordings Prince had made for other artists such as the Bangles and Kenny Rogers.

Prince Rogers Nelson (aka Prince) was an American singer, songwriter, musician, record producer, dancer, actor, and filmmaker. He had a career spanning four decades and was known for his eclectic work, flamboyant keyboards, and unique synthesizer. He lived from June 7, 1958 – April 21, 2016.

Johnny Rock
The poster child for ripping up the photo of the Pope on Saturday Night Live, Sinead O&#39;Connor had a huge hit with Nothing Compares 2 U 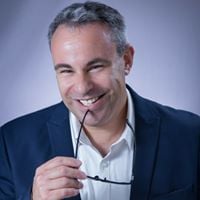 Rashi Rosenzweig
Sinead O&#39;Connor is such a weirdo. She tore up a picture of the Pope on SNL out of sheer disgust for him, because of the RC Church&#39;s attitudes towards women, and what does she do, she converts to Islam and wears a hijab. I mean...WTF?? Steve Edwards
Julie Allen, It was eventually released 34 years later after his death

Sue Grayson
Richard G Schwartz, Why should there be? It wasn&#39;t about who covered it but who originally wrote and recorded it.

Emm Yo
Bang, just reached 6,000 quizzes I am now a Quiz Berserker!!

Ruth Tremblay
There is a version of this song being performed by Prince. Not as good as Sinead O&#39;Connor though. https://www.youtube.com/watch?v=L9aK7Vou7EE

Joseph A. Robitaille
Good guess only.

Julie Allen
Prince wrote the song but his recording was not released.

Gary
Sinead O&#39;Connor wasn&#39;t on the list. Blind guess after that

dsneed
I had no way of knowing. David Hill
the question was who wrote it
Author:
billdvdman
Writer