Who was Charlie Chaplin?

March, 1: The coffin of Charlie Chaplin was stolen

On this day in 1978, the coffin of Charlie Chaplin was stolen from a small, unguarded village cemetery in Switzerland. Charlie Chaplin was born on 16th April 1889 and died aged 88. He was a comic actor, film director and composer, although he is most famous for his work involving silent films. He spent much if his younger life in South London and it is believed he was born there too, although no record of his birth in England has been found. His signature look of a hat, baggy trousers and moustache was born from one of his early films, 'The Tramp'.

Empara Samuda
I beg to differ. Charlie Chaplin is an artist. 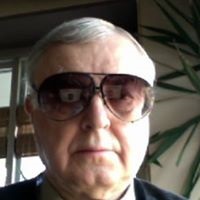 artixone
Chaplin is not much appreciated as his career period was so long ago. He was, however, a real pioneer in movies, particularly in the silent film era.

Debbie Dunton
Well, did they find him again? Ruben Pages
He was all four and a composer, too. Who does`t know &quot;Smile&quot;? One of the most beautiful songs ever. Jerry Foley
Then he could be considered just as much a clown as an actor.

Jerry Foley
Well of course I knew that he was an actor but checked &#39;artist&#39; because he also got into directing. Which reminds me that I think he also did some work on stage as well as the screen. Cynthia Ciallella
He was a brilliant man who understood how to get emotions across to other even without a &quot;voice&quot; and this sort of ability is both science and art. Listening and communicating requires both the skills and talent of the artist and the scientist. Rodney Beattie
I would say he as a great actor and a clown. Pamela Krause
What&#39;s with all these easy questions ? Robert Xavier Betancourt Junior
Well it got me no money. William Stamper
To those who enter upon the stage and do what is best of them we greatly have our admiration, until they depart the stage then it is our sadness. They will still live and perform with us always. Jasyl Bruce
He was a great actor.