Who was elected the President of the United States with the largest number of popular votes in any presidential election?

President Obama’s popular-vote total is the largest for any election in the US history. Mr. Obama became the seventeenth President and only the sixth Democrat to win a majority of the popular vote more than once. In 2012, when our 44th president was reelected, he nationally won 65.9 million votes. In the election of 2008 he got even more votes than in 2012, with 69.4 million votes on total. Obama's second and final term will end at the beginning of 2017. According to the term limit, he is prevented from being elected to another term. The next presidential election will be held on the 8th of November, 2016.

What are your thoughts on this subject?
194 Comments Michael L Reinhardt
They say he was elected by the most popular votes, but actually he was hand-picked by the CIA when he was going by Barry Soetoro.

Ben Totuous
How about you name some of the laws Obama supposedly broke? Don&#39;t miss this chance to try and get rid of your tin foil hat.

Ben Totuous
Crickets from Barry Randall on my challenge. Very typical of right wingers who spew lies about Obama.

Ben Totuous
Mary Madigan, haha. My exact thought when I read his mentally imbalanced conspiracy rant. Lots of Repugs are going to need meds after Hillary wins in November. Dianne Durant
President Obama won fair &amp; square. The votes were not rigged and the voters voted for who they wanted to be President. African American &amp; Spanish were not the only voters. Stop living in the past and look forward to the future. We were able to witness History-first African American President. Ben Ed Weatherby
There&#39;s a lot of very stupid people in this country..... Barry Randall
I still think it was a rigged election. There is no way he could have won so many states with all the laws he broke Iryna Zarudna
I didn&#39;t vote - I was not citizen of USA yet.But I am not surprise to know Obama recieved more then 51 % of the nation popular vote - now in USA live more African-American and Spanish citizen .Prophecy says Obama is the last American President, because Armageddon is coming.Internet video can try to make you think next election will be cancelled, what do you,people,think about it? Obama is not Putin to be President forever,and America is not Russia.I am citizen only for two years,and don&#39;t know now who could be the best next President.I like Joseph R.Biden,the 47-th vice-president,and he is only one I could trust my kids,grandkids and my country future.Too bad he desided not to ran for President.God bless America. 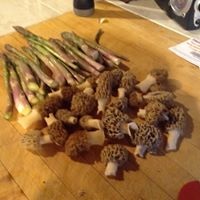 tinaloflin
Margaret Louise Gifford, you and me, both.

tinaloflin
Ben Totuous, thank you. I voted for him. I would love to do that again.

tinaloflin
I love President Obama. The best president of our time.

Margaret Louise Gifford
Oh how I miss those days! Debbie Normandin
Sad to read some of these statements

docluci
I guessed wrong and should have known better

Janice Lea Vanlandingham
Robert Odonnell, Not much of a win in beating out the Peanut farmer and the Georga hillbillies. By a Muslim. Disgraceful