Who was the first of the five "canonical" victims of "Jack the Ripper"?

Much controversy arises when the victims are discussed because even to this day the number is unknown. The opinions range from 4 to 15, but there is a certain list of victims on which most researchers and parties involved in the case come to a consensus. Mary Nichols is at the top of that list, who has been found dead on August 31st, 1888 with her throat cut by a sharp blade.

In 2014, several media sources leaked results of an amateur detective who used genetic examination to establish that the real "Ripper" was a mad hairdresser of Polish origin working in London. Kindra Morgan-Nappo
trzhtsin, the name is Martha Tambram &amp; it says she MAY HAVE BEEN THE FIRST, but that&#39;s unconfirmed. Also that she IS NOT part of the &quot;canonical five&quot; which the question specifically asks. Peter Campbell
Is this really an appropriate question? 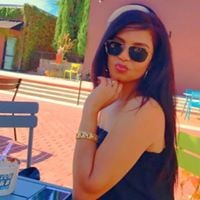 Berlig Verdecia
I was right! Jim Haines
I remember her. She stopped by White Castle that evening for a bite to eat.(I am a janitor there)

Sadiki Waleed
Got it right with a guess based on absolutely nothing except she had 3 names.

James Cansler
Yeah, it figures that you would give an absolute stupid answer such as thatt. . .It comes from a SWIFT Driver!

DannyBoy
I have no idea how I got this right. Jeff D Marquis
I was gonna answer &quot;your mom&quot;, but it wasn&#39;t there. Hector Fernandez
Mine was a wild guess! Lucky guess. Sandra Raynes
Dont ruin the integrity of this site by trash talking. Now go wash you mouth out with tar soap. You are wasting your &quot;air&quot;