Who was Isaac Asimov?

Isaac Asimov was an outstanding American author. Despite working in terms of such a "frivolous" genre as science fiction, he was also known as a talented chemist and biologist! He even had a degree in these sciences and probably that was the main reason for his works to be so logical and exciting.

In addition to the knowledge of a learned man, he also possessed a bright talent of a writer. So some of his works are not of SF but also fantasy, humor and detective genres. Even in his SF works we sometimes see desperation that is so common to humanity while Isaac describes a robot's universe! It is unbelievable, but these very Worlds of Isaac Asimov are popular with millions of people all around the globe. His novels laid the foundation of the hard science fiction genre due to his ability to intrigue and dramatize. His most famous works are "Foundation", "Robot series", though there are many other famous works by him that should be read and honestly evaluated. Sharon Lee Kimbrel
I opened a book and in I strode. Now nobody can find me. I&#39;ve left my chair, my house, my road, My town and the world behind me. I&#39;m wearing the cloak, I&#39;ve slipped on the ring, I&#39;ve swallowed the magic potion. I&#39;ve fought the dragon, dined with a king And dived in a bottomless ocean. I opened a book and made some friends. I shared their tears and laughter And followed their road with its bumps and bends To the happily ever after. I finished my book and out I came. The cloak can no longer hide me. My chair in my house are just the same, but I have a book inside me. -Julia Donaldson Sharon Quinton
I have taught that book in my High Shool English class. It is becoming well known once again. 1984 really has little to do with science and much to do with how governments can easily become totaliarian without people paying attention......

Wendy Emlinger
Dr. Asimov wrote over 400 books on every subject in the library. From religion to science, engineering to history, math to music and biographies as well as science fiction, fantasy and mysteries. He was brilliant and no matter what topic he wrote on, his books were fun and interesting. He could actually explain math so a non-math person could understand it. That was his major achievement, to write books everyone could read and understand. He was truly a Renaissance man for the 20th century. Allen Meyer
Little known? Is that the state of American education nowadays?

anthonygriffin
The author Issac Asimov has always had an effect in writing his books on how the world would evolved in the category of science. It kind of reminds me of that little known book &quot;1984&quot; by the author George Orwell. 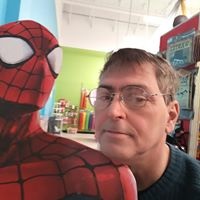 Anthony Darryl Frank Lombardo
As a young boy I found The Martian Way and never looked back. He is a Grandmaster of Science Fiction. He created The three laws of robotics, the Positronic brain and robopsychology. Psychohistory may be his finest creation or a reflection of his ability to predict the future soon to come and many years ahead. Judith Bandsma
Science fiction was the least of his writings. How sad that the rest is dismissed. His books on science are readable and make things much easier to understand. Merna K Lovell
Sharon Lee Kimbrel, I love this poem! Copied it into my day planner. Thanks for sharing.

illonabird
Stewart Dean Martin, sad that he died of anything. Great loss to the world.

Phil Kennelty
Considering all he did, I was expecting another &quot;all of the above&quot; answer. Tamyra DeWandeler
Sharon Quinton, you taught 1984 and misattributed it to Asimov? Corey Taylor
Asimov was also the author who novelized the landmark 1966 film &quot;Fantastic Voyage&quot;, which closed some serious holes the screenwriters left in the plot!

Corey Taylor
Allen Meyer, Yes, it&#39;s so little-known that no one here seems to notice that it was written by GEORGE ORWELL, not Isaac Asimov! Mary Evens
Meinhart Lammer, Isaac was born in Russia, and came over with his family as a child. His parents owned what we used to call a candy store in NY (Brooklyn?) where they sold newspapers &amp; magazines as well as penny candy. (Loved those stores) So, he was a American as most people who grew up here.
Author:
Jennie Alena Kati
Writer