Who was Pope when Emperor Charles V invaded Italy and sacked Rome?

Pope Clement VII was pope when Emperor Charles V invaded Italy and sacked Rome. Clement VII served as Pope from 1523 to 1534. He was a member of the powerful Medici family, and he possessed great political and diplomatic skills. But, he lacked the understanding of the age and was not able to cope with the political and religious changes he faced. His relationship with Emperor Charles V was very bad in May 1527.

After Rome was sacked, Clement VII was Imprisoned. He was forced into a humiliating compromise which caused him to give up a great deal of secular and religious power. Eventually, Clement VII became ill and never recovered. He died on September 25, 1534, hated by the people of Rome, who never forgave him for the destruction of Rome.

krkyates
How many comfort ladies did the Pope have in the 16th Century?

Alan Waites
IF I DOUBT, PICK THE TOP ONE Janet Dick
The pope that Henry VIII repeatedly petitioned for his divorce from Catherine of Aragon. Catherine was the aunt of Charles V and the pope was afraid of upsetting Charles by agreeing to Henry&#39;s request. This led to Henry breaking away from Rome and the creation of the Church of England. Eilean Rawson
Now we are really getting into history.

Claire Mitchell
Got this one by chance again.

Claire Mitchell
What a pope!

Stoic Kitty
All were antichrists. 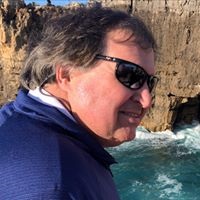 Jim Medici
Ha, a Medici Pope. Picture with the coat of arms was a giveaway.

Pierre Poirier
George Oliver Prince, lol. My nephew once asked me if i ever saw dinosaurs, you know, before they got extinct
Author:
E11-Hitman
Writer