Tay was an artificial intelligence chatterbot for the Twitter platform and is, perhaps, a story of our times. The bot was created by Microsoft's Technology and Research and Bing divisions; it was designed to mimic the language patterns of a 19-year-old American girl, and to learn from interacting with human users of Twitter.

Tay was released on Twitter by Microsoft on March 23, 2016 under the name TayTweets and handle @TayandYou. The picture in the question is the one used for Tay's Twitter profile. Within a day, the robot was releasing racist, sexually-charged messages in response to other Twitter users. The bot was taken offline around 16 hours after its launch.

As for the other answers offered: maybe an Australian DJ, a British model and an American rapper did all play some part in 'educating' Tay through Twitter. Who knows?

skullfire
This question is ridiculous, and should be removed immediately.

Ron Harvey
I agree with Ron Hinton Tai is a what and rapper should never have been an option, as Tay-K is an American rapper. Very poor question.

jjohnson
Tay was an American rapper Ron Hinton
That correctly worded question would have been &quot;What was Tay?&quot;

cwisconsin
And NORMAL people give a rip about this?? WHY???

pabjetster
Tay-K is a rapper. Bad, and very confusing question. 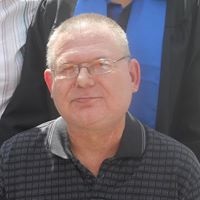