Who was the female enemy in the American TV show "The Rocky and Bullwinkle Show"?

Natasha Fatale is an antagonist of the 1959–1964 animated cartoons "Rocky and His Friends and The Bullwinkle Show", collectively referred to as "The Rocky and Bullwinkle Show". She was voiced by June Foray. Natasha is a spy for the fictional country of Pottsylvania, and takes orders from the nation's leader, Fearless Leader. Natasha usually serves as an accomplice to fellow spy Boris Badenov.

Creator Bill Scott modeled Boris and Natasha after two of Addams' original characters from his cartoons, who were later named Gomez and Morticia Addams. She met Boris when they were arrested for throwing rocks at Girl Scouts. He became smitten with her charms and they became partners in crime.

Usually, Natasha's and Boris's misdeeds are thwarted by Rocky the Flying Squirrel and Bullwinkle the Moose. She refers to them collectively as "moose and squirrel." She is almost always shown in a purple dress, but in the last season it is often red.

kite005
Gomez and. Mortician Addams as in the Addams Family show? 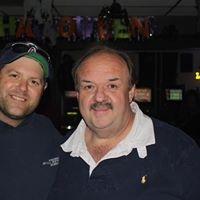 Paco Milligan
...and June Foray was also the voice of Rocket J. Squirrel !

dsneed
One of my very favorite cartoon shows ever. Even as a younster I got their silly jokes. Yay me.

Richard G Schwartz
Loved this show as a kid.

John W Shreve
Who was their thug who would say, &quot;Strong like bull?&quot; Tom Erskine
Her name was Natasha Femme-fatale. If you&#39;re writing trivia questions, your answers should be correct!