Who was the first actor to be nominated for an Oscar and an Emmy in the same year?

In 1961, Falk earned the distinction of becoming first actor to be nominated for an Oscar and an Emmy in the same year. He received nominations for his supporting roles in Murder, Inc. and the television program The Law and Mr. Jones. Incredibly, Falk repeated this double nomination in 1962, being nominated again for a supporting actor role in Pocketful of Miracles and best actor in "The Price of Tomatoes," an episode of The Dick Powell Theatre, for which he took home the award. 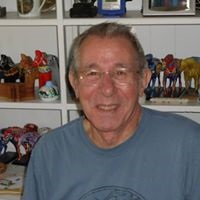 Elsy O. Stromberg
I did not know that he won either one of them.Liked him as Columbo.

Judi Hanan
I didn&#39;t know that. I loved his acting also.

Lynne Cage
Missed it, but enjoyed FALK as an actor

Lynne Zeman
I did enjoy him. Cheryl Perkins
He was great in Columbo.

Bob deRoos
Not an easy one to research.

Robert Snow
Just had to be him , what a great actor !!
Author:
SusiQTPie
Writer