Who was the first African American invited to dinner at the White House ?

In the autumn of 1901, Booker T. Washington, the great educator, author, and orator, was on a speaking tour. In Mississippi, he received a telegram from President Theodore Roosevelt, who had taken office less than 2 months before after President William McKinley's assassination.

In the telegram Roosevelt invited Washington to a conference in the capitol on the 16th of October. Right after Washington's arrival on that day, he was invited to a dinner, which was destined to become historic. In those times inviting a black man to dinner at the White House was nothing but a very remarkable event. News of the unique dinner traveled across the country throughout the night, and all the newspapers offered their opinions in the morning issues. Journalists in the North were quite positive, but Southern papers attacked both Roosevelt and Washington with fervor.

Larry W. Jones
Mary Keim Do a little research. Troubles go back to at least early 17th century and a colony called Roanoke. Moreover, the first slaves in America were white (Irish). You can look it up. Ray Metoyer
Larry you need to do more research. Slaves from Africa were first brought to the US in 1619. There were also many Irish and other Europeans, who came here as &quot;indentured servants&quot; and worked as slaves to pay off the debt of passage from Europe. They did not remain slaves their entire lives nor were their children considered to be slaves. Most came here by choice to escape their lives in the feudal societies of Europe. Slavery became an American institution around 1650 when Africans were no longer allowed to buy their freedom. Over the next 200 years, as many as 30 million Africans were stolen from their homelands and sold into a life of forced labor for their entire lives, as were their children. They didn&#39;t have any chance at freedom. This horrific slave trade included South America and the Carribean. In this country, slavery became associated with skin color, which made it nearly impossible for black slaves to escape. Perhaps Irish were the &quot;first slaves&quot; in America.. but we know who the last ones were for sure.

illonabird
krkyates, There is a difference between fearless anD and clueless. And that would be ex potus as of now.

illonabird
Washington and Roosevelt remained friends for life, but TR never invited him back to the White House after all the publicity. 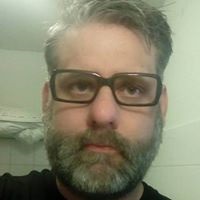 Mark Krijgsman
Caroline Neumann, August 19, 1864, Douglass returned to the White House at the President’s request. Douglass was impressed that President Lincoln prolonged their conversation despite the arrival of Connecticut Governor William A. Cunningham. Douglass recalled: “Mr. Lincoln said, ‘tell Governor Buckingham to wait, for I want to have a long talk with my friend Frederick Douglass.&#39;” Douglas was invited to the whitehouse, but not for Dinner, and that is what the question is about.

Mark Krijgsman
Bruce Ford, Douglas was not invited for dinner, he was invited to the white house, but not for dinner. August 19, 1864, Douglass returned to the White House at the President’s request. Douglass was impressed that President Lincoln prolonged their conversation despite the arrival of Connecticut Governor William A. Cunningham. Douglass recalled: “Mr. Lincoln said, ‘tell Governor Buckingham to wait, for I want to have a long talk with my friend Frederick Douglass.&#39;” SO it was for a conversation

Bewick Finzer
Ray Metoyer, quite true but the African people themselves were huge slave traders ho sold the to the Spanish slave traders. It was a oeiginal African thing.

Bewick Finzer
Craig Tomlinson, That&#39;s what they call themselves. Rebecca Stephens Christian
As a southerner. I recent that last statement in the follow-up. I am wondering what kind of research, if any, was done to support that statement. Also remember that news did not travel so quickly back then. 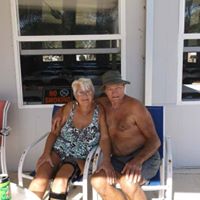 Lynne Zeman
krkyates, Roosevelt was a brave man. Unlike our current POTUS. Quite the opposite.

Lynne Zeman
Way cool. Thought that may have been before his time but very glad it did. But the text in the answer it seems like the dinner invitation was an afterthought but still give T Roosevelt credit and kudos.

krkyates
Roosevelt was the fearless president of his day Like our POTUS today.

drmargiem
Excellent question which I chose. Booker T. Washington was such a brilliant author, educator and civil rights leader. Don Curtis Latimer
I wonder what was on the menu?

Joanne Serin
Jenn Zee, Then what were the others?
Author:
Mark Krijgsman
Writer