Who was the first woman to fly solo across the Atlantic Ocean?

On the 20th of May, 1932, early in the morning Amelia departed from Trepassey Harbor, Newfoundland and landed in a pasture in Burry Port, South Wales. This flight earned Amelia numerous prestigious awards. The site of her landing in Ireland became a small museum, which is now opened and called the Amelia Earhart Center.

William Laughlin
Rick Shomin Thanks for your continuing negativity. There&#39;s always someone to find the cloud instead of the silver lining. Do you enjoy bringing every conversation down or is there something wrong with you, such that you simply can&#39;t help yourself? Donna Noonan
Amelia Earhart was a pioneer in both the field of aviation and in being an early leader among women, proving early in that women are intelligent, ambitious, and have made great contributions to the Industrial Revolution, along with Norma Rae, Rosie the Riveter, Clara Barton, Mary Baker Eddy, Eleanor Roosevelt, Ladybird Johnson, etc.

Raashid Khan
Women have always been there to prove their power and presence in every field of life.My salute to them.

Keith Richard Mears
If she landed in Burry port, South Wales, how can her landing spot in Ireland have a small museum, Wales &amp; Ireland are completely different countries, aren&#39;t the facts supposedly checked before publication? Rose Doub
Rick Shomin Yes, but she started and tried. Did you?

Boyd Tracy
Can&#39;t help but again note the cross-comments on here. This is a game; not a contest. Though I suppose them showing end of week standings sorta makes it like a contest. But come on people get a life. post your answer/logical conclusion/best guess; read and enjoy the info and get on with a life.

Joe Mangan
Bill Coe, I haven&#39;t a clue as to whether Rick Shomin was joking or not because his post has been deleted. What kind of a system deletes posts ( presumably because they are considered offensive, in bad taste etc, but leaves all responses to them intact? Franklin Hall
In 1936 Amelia was supposed to appear at the Denver National Air Raes, so my sister and I went, hoping to get to see her. If she appeared I never saw her. My sister was very disappointed, but not me. I was fascinated as Beech staggerwing biplanes took first, secon, and third places. 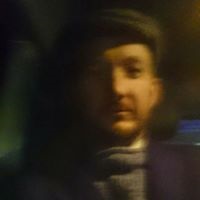 Daniel Hutton
Keith Richard Mears, the author is confusing two different flights of Earhart&#39;s. Her first transatlantic flight was indeed from Trepassey to South Wales, but this was in 1928 as a passenger of Wilmer Stultz. Her solo flight (in 1932) did, indeed, land in Northern Ireland. Didn&#39;t know this until I started querying the same point! :-D

manasphal
Amelia Earhart was a pioneer in both the field of aviation and in being an early leader among women, proving early in that women are intelligent, ambitious, and have made great contributions to the Industrial Revolution, along with Norma Rae, Rosie the Riveter, Clara Barton, Mary Baker Eddy, Eleanor Roosevelt, Ladybird Johnson, etc..

Armadillo
William Laughlin, I need to get my travel agent to plan me a trip to Paris, without the tragedies.

Armadillo
Carolyn Kennedy, yes. I am confused as to where I am after all this.

Armadillo
Franklin Hall, I am sorry you missed her.

Peter Constantopoulos
Please tell us what made of Aircraft was Gwen Kaminski Lawyer
She was from Kansas! Sally Meyers
Thank you, I wondered the same thing. So I reasoned that after landing in Wales, she took a short jump to Ireland. Thanks again for the clarification and additional research.

Peter Thomas
Daniel Hutton, thanks for the clarification!

Spencer
This is a repeat question.

mmariano
She is one of my personal true and real heroes, men included..
Author:
E11-Hitman
Writer