Who was the first woman to perform a space walk?

She became the first woman to perform a space walk on July 25, 1984

Svetlana Yevgenyevna Savitskaya is a former Soviet aviator and cosmonaut who flew aboard Soyuz T-7 in 1982, becoming the second woman in space some 19 years after Valentina Tereshkova.

She became the first woman to perform a space walk on July 25, 1984. She conducted an EVA outside the Salyut 7 space station for 3 hours 35 minutes during which she cut and welded metals in space along with her colleague Vladimir Dzhanibekov. Of the 57 Soviet/Russian spacewalkers through 2010, she is the only female. She is the daughter of Soviet military commander Yevgeniy Savitskiy. She is married, with one child, a son born 1986.

She started training as a cosmonaut in 1980. Upon returning to Earth, Savitskaya was assigned as the commander of an all-female Soyuz crew to Salyut 7 in commemoration of the International Women's Day, a mission that was later canceled.

She was twice awarded the Hero of the Soviet Union title. The asteroid 4118 Sveta is named for her.

Darlene Davidson
I answered Tereshkova for hers was the only familiar name. Mark Snyder
Got it wrong. I never Google or Wiki the answers. Makes me wonder how some members can have such high scores and correct answers for so few questions answered. And be at the top of the leaderboard.

Marianne Hays
I am one of the ladies that got this right. Carlos Cruz
Who? Who frikin cares. Emilian Taranu
Tereshkova was the first woman in space, but she did not perform a space walk. Ben Van Aulen
How do you figure that? America has far more successful missions than the soviets. 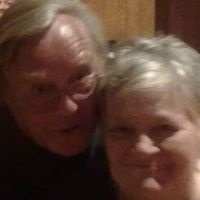 Becky Sharp
I got it right too, Becky Clarence Harris
Got it right

anthonygriffin
I say to say that the Russian women &amp; men have always got a jump on the Americans. When it comes to &quot;Space Exploration.&quot; The the United States will always lay claim to being the first &amp; only country to have landed on the moon. Ironically, some (46) years ago this month.
Author:
Сherrrrrri
Writer