Krae
I certainly think the term mastermind is inappropriate. It wasn&#39;t exactly rocket science. He destroyed lives and families.

Perk
I heard it from 7 miles away. I sang at the funeral of one of the victims. A professional colleague lost an eye. Bye bye Connie Chung. 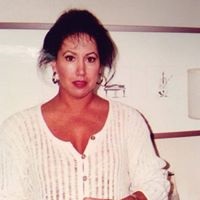 Donald Peterson
I wish we could stop using their names. Should re-name them SH!THEAD one and SH!THHEAD two.
Author:
Baron Byron Greenback
Writer