Who was the only Pope alleged to have fathered an illegitimate son who would later become Pope?

Pope Sergius III was pope from 897 to 911, and he is the only pope known to have allegedly fathered an illegitimate son who would later become pope, Pope John XI. John XI, a Roman, son (as some say) of Pope Sergius III, came to be pope in March 931 at the age of 20. He served until his death a mere four years later, a period that some historians consider the papacy's darkest hour.

Historians are split on who to call the father of John XI. Many agree with papal records and history, noted in the "Liber Pontificalis" that Pope Sergius III was John's father. If this is true, John XI is the only known illegitimate son of a pope to have become pope himself. However, some historians still maintain that John's father was in fact Alberic I of Spoleto.

billyboy915
Herman Mittelholzer, celibacy was not always a requirement in the Catholic Church. The Church was a thousand years old before it definitively took a stand in favor of celibacy in the twelfth century at the Second Lateran Council held in 1139, when a rule was approved forbidding priests to marry. In 1563, the Council of Trent reaffirmed the tradition of celibacy.

Jas Newman
Larry Kuykendall, Thank you. Also, what kind of Englis construction is &quot; known to have allegedly&quot;? It&#39;s either known or it&#39;s alleged. It&#39;s not both.

Christine Gardner
guessed right.... but who would have known ??

Paul Bison
Annette Phillips Nicolls, No, if you read the question properly, you will see there is only one answer

Paul Bison
WOW, what a guess, literally had no idea. Some how got it wright. Bumb luck.

Sue Grayson
Rebecca Stephens Christian, It can&#39;t be a fact if is only alleged! Dirk Byker
The papacy&#39;s darkest hour? How can you tell? It is a perpetual darkness! 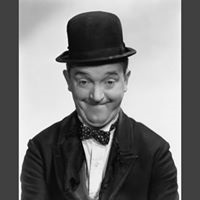 David Beverley
Poor question, too much rumour around this subject

Peter Thomas
John Davies, maybe but did they become Pope as the question asked? Rebecca Stephens Christian
This is a poor question because it is based on alleged facts. The truth is not known. John McLardie
Herman Mittelholzer, Pope Gregory VII was the first pope to issue a decree against priestly marriage in the eleventh century BUT it only became Catholic Canon Law as a result of the Second Lateran Council in 1139 (affirmed by the Council of Trent in 1563). The doctrine, some would say dogma, of priestly celibacy was supposed to underpin the precept of those &#39;in holy orders&#39; being removed from the &#39;world of sin&#39;. Worked well that did!!? Prior to that priests could indeed marry, have families ans still be priests.
Author:
E11-Hitman
Writer