Who was the only president to have the national debt paid in full?

On Jan. 8, 1835, all the big political names in Washington gathered to celebrate President Andrew Jackson's outstanding accomplishment. A senator rose to make the big announcement: "Gentlemen ... the national debt ... is PAID."

This is the only time that the national debt was completely paid. This happened almost three years after Jackson vetoed a bill renewing the charter of The Second National Bank. The United States did not pass legislation to charter or create another "Central Bank" until 1913 when The Federal Reserve was created.

Unfortunately Jackson's accomplishment only lasted for a year. Raven Berlowitz
Andrew Jackson also instituted the forced removal of all Native Americans from thier land and moved them on a forced march (Trail of Tears) to the Oklahoma Territories to rid the country of &quot;savages&quot;. This is despite the Five Civilized Tribes not warring against one another for 500 years. And yet you wonder why his likeness is being replaced on the twenty dollar bill? His decisions and actions were little more than attempted genocide. Learn your country&#39;s REAL history and then ask what we have to be so proud of. Fred Golove
I guess that you are living somewhere else , Raven ... that has been and now still is better than the USA. As for me, I thank my late grandparents EVERY MORNING for dragging themselves in the 1890s from Russia to our imperfect country that remains the best anywhere and by a huge margin. Sorry for you if you don&#39;t get it ... so sad. Richard Heth
I agree; his treatment of Native Americans was shameful!

Ben Totuous
That was the annual budget, not the running debt.

William Laughlin
Fred Golove The fact that your ancestors came here for a better life and were lucky enough to find it, doesn&#39;t mitigate what was done to the Native American populations. The truth doesn&#39;t change simply because you find it unpleasant. Your cold hearted response is shameful. The fact that opportunities were better than where your ancestors came from doesn&#39;t make this country perfect. Our history is filled with atrocities, especially like the genocide of indigenous populations. Instead of criticizing him for speaking the truth, why not learn the history of this country, warts and all. I&#39;m sorry for you that you don&#39;t feel the pain of anyone but your own family. Shame on you. You are the one who does not &quot;get it. So sad.&quot; 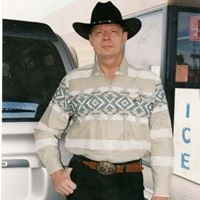 Richard Jordan
Nonsense! Do you also believe in the Tooth Fairy and the Easter Bunny? Come-on, Brian! You weren&#39;t thinking when you made that comment, were you?

Jan Jennings Price
This is the first time Ive read the comments, I usually just look to see if I got the answer right. Everyone is so anxious to point the finger at someone for things that are bad. The majority of Americans came from The UK area, lets change the scene up and everyone blame the English! That might be fun! the way I see it, stop living in the past, no one living today persecuted the American Indian, inslaved the Black man or any of the other terrible things our ancestors did. Lets never forget, but we have to forgive. Live in the times people.

Lydia Coutts
Why do American&#39;s like Fred Golove always declare that America is (&quot;by far&quot;) the &quot;best [country] anywhere&quot;? It would be funny if it weren&#39;t so juvenile and thoroughly ignorant of the rest of the World. Your country is *far* from perfect. Other countries, for instance in Scandinavia, have much happier populaces and are not constantly dogged by problems like institutional racism, sexism and homophobia or gun control. Inhabitants of other countries have certain rights that Americans can only dream of, e.g. the right to paid maternity leave for new mothers (only Swaziland, Lesotho, Papua New Guinea and the USA do not provide this). I remember speaking to one American who had two weeks&#39; paid annual/sick leave per annum. To put this in context, I have 30 days&#39; paid annual leave per annum, 11.5 paid public/privilege holidays and sickness leave that, were I unfortunate enough to require it, would be fully paid for six months followed by six months of half-pay - and it would never impinge on my other leave entitlements. Other types of fully paid leave include maternal, paternal, shared parental, adoption, compassionate and dependant. It is forbidden by law for companies to disciminate against employees on grounds of age, disability, gender, gender reassignment, ethnicity, marriage and civil partnership, pregnancy and maternity, race, religion and belief, and sexual orientation. In many US states employees can still be sacked simply for being gay - this in the supposed &#39;Land of the Free&#39;. America has no free national healthcare, including mental healthcare. There is little or no partnership working between companies and recognised trade unions to properly establish workers&#39; rights; meanwhile corporations become bloated with ill-gotten wealth. Military-grade assault weapons are available for purchase by the general public, with predictable consequences. The political system is blatantly plutocratic, with candidates having to pay millions in order to fight campaigns. It is a country with no monarchy yet dynastic power, e.g. the Bushes and Clintons (who actually have authority, unlike modern sovereigns). It is a country of greatly divided values, from puritanically Christian to free-spirited. Foreign policy is aggressive, resulting in hatred and bitterness across the globe. Religion is mixed with politics. Channels like Fox peddle lies and propaganda without accountability and claim it to be &#39;news&#39;. The terms &#39;liberal&#39; and &#39;progressive&#39; are genuinely considered by many to be insulting (this is utterly baffling to everyone else). I could go on, and on, and on. My country isn&#39;t perfect - of course it isn&#39;t - and that&#39;s why I would never claim it is &quot;the best&quot;. But time and time again I see Americans proclaim their nation is superior to all others like overgrown jingoistic children in some imagined popularity contest. Learn how to think critically, and get a bloody grip! Oh, and your &#39;football&#39; is rubbish. :-p Fred Golove
William Laughlin Get a life. I did not justify Jackson but I certainly take issue with those who endlessly refuse to recognize how great AND EXCEPTIONAL our country is. A lot has happened since the early 1800s and despite the snuggling intellectual elite so intent on putting us down despite all that has been accomplished even in my life this country should be for all that it&#39;s done and is doing for so many and so much better than any other country. Now sweet William, I spent 35 years in the military protecting your right to sniggle and complain and i have long been very active in doing community work and leadership. I&#39;m disgusted with your derision and lecturing me ... what have you contributed to making this country great (or do you just shamefully revel in long past historical mistakes to kick the USA around? John Morgan
What about Bil Clinton? The country had a surplus when he left office.

Char
Brian Foote, I chose him too

Char
Wow got that wrong so many years ago since we had no debt ..

Howard Groopman
Ben Totuous, Good point. I answered Clinton because I couldn&#39;t remember if he balanced the budget or eliminated the national debt.

Lynne Cohen
Evelyn Forbes, Please define socialism for me - medicare, social security, what do you mean?

Pat Wells
Andrew Jackson needs to be resurrected and given two more terms.

Bob Gorby
1 of the Jackson 6

Vance Duncan
Brian Foote, haha, not even close. You may be confusing &quot;balancing the budget&quot; with &quot;paying off the debt.&quot; Balancing the budget means not introducing new debt to the books, also known as a &quot;deficit&quot;: the incremental periodic increase to the &quot;national debt&quot;: the cumulative debt from the start. Under Clinton/Gingrich, deficits were under control for a while. But politicians of all stripes have messed it up royally since and before.

Lynne Zeman
Brian Foote, Clinton balanced the budget and had surpluses in the years 1998 through 2001. Andy Ravick
Brian Foote, he gave us a budget surplus, not a deficit. It was far from enough to pay off the debt Linda Kahner
Bill Clinton had a surplus when he left office. Sarah Elizabeth Wilson Fischer
Brian Foote, Clinton decreased the national debt by closing military bases and stripping funding. He certainly did not pay it all off. It was also clinton&#39;s idea for everyone to own a home. Barney Frank and friends then proceeded to lower financial requirements for loans through Freddie Mae and Freddie Mac. Commercial banks soon joined the party. What did all that lead too??? The housing/financial crisis of 2008.