Who was the Rolling Stones original drummer?

Brian Jones decided to start his own band. To get started, Jones placed an advertisement in Jazz News on May 2, 1962. He invited musicians to audition for a new R&B group. Pianist Ian “Stu” Stewart was the first to respond. Then Mick Jagger, Keith Richards, Dick Taylor (bass guitar), and Tony Chapman (drums) joined as well.

According to Richards, Jones named the band while on the phone trying to book a gig. When asked for a band name, Jones glanced down at a Muddy Waters LP, saw one of the tracks named “Rollin’ Stone Blues” and said, “Rollin’ Stones.”

The new band named Rollin’ Stones and led by Jones, played their first performance at the Marquee Club in London on July 12, 1962. The Rollin’ Stones soon secured a residency at the Crawdaddy Club, bringing in younger audiences who were looking for something new and exciting. This new sound had kids standing on the tables, rocking, dancing, and shouting to the sound of electric guitars with a provocative singer.

Bill Wyman (bass guitar, backing vocals) joined in December 1962, replacing Dick Taylor who went back to college. Wyman wasn’t their first choice, but he had an amplifier the band desired. Charlie Watts (drums) joined the following January, replacing Tony Chapman who left for another band.

Ray Anderson
According to Keith&#39;s biography (Life), the drummer that night was Mick Avory, not Tony Chapman.

Char
Char, I chose Watts I see now why I made the error

Char
Had not s clue so I blew that one 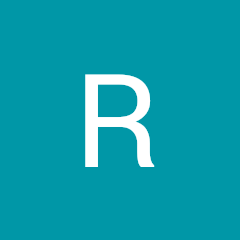 Robbie Furlong
The most famous drummer was Carlo Little I worked with him and he told me stories. He is mentioned in Keith Richards book and was invited by them to a concert in Paris. Look him up.

illonabird
Some choices are regrettable. Reminiscent of Pete Best.

Malcolm Rosenberg
Met Charlie at a gig in 1963, so Chapman can&#39;t have been with them very long

Chris Braid
I did not know that. Eddie Alexander
no mention of Chapman in some bios but he did officially play with them in their first gig athe Marquee Club, therefore he was their first drummer. He did play drums in The Herd with Frampton