Who was the last vice president of Franklin Delano Roosevelt?

Harry S. Truman had been vice president for 82 days when President Roosevelt died on April 12, 1945. That afternoon, Truman presided over the Senate as usual. He had just adjourned the session for the day and was preparing to have a drink in House Speaker Sam Rayburn's office when he received an urgent message to go immediately to the White House. Truman assumed that President Roosevelt wanted to meet with him, but Eleanor Roosevelt informed him that her husband had died after suffering a massive cerebral hemorrhage. Truman's first concern was for Mrs. Roosevelt. He asked if there was anything he could do for her, to which she replied, "Is there anything we can do for you? You are the one in trouble now!" Mary Gini Fudge Chapman
Harry S Truman is the correct answer. Notice I did not put a period after the &quot;S&quot;. The initial does not stand for a middle name. Harry didn&#39;t have one. Therefore, no period is required after the initial. Many people get this wrong.

filmnut
Truman, who knew nothing about the Development of the Atomic Bomb, ends up authorizing the dropping it on the Japanese. He was left with a terrible decision to make: Does he unleash a horrendous death on thousands of soldiers and civilians or not drop and later be accused of not using it and being responsible for the death of a million or more American Servicemen.

John A. Witt
And under the unusual circumstances, Truman became and was a great President.

illonabird
The buck stops here. Difficult choices for difficult times. Few of us are qualified to second guess him.

flanderschristy
I got my Expert status in history, Yee Haw!

bmeuler
What a women Eleanor Roosevelt was.

Todd Van Dell
Linda Ulrich Murphy, Well, if the stories I&#39;ve heard and read are even remotely true, I believe Eleanor had a mistress or two of her own. She played for the other team. Her marriage to FDR was mostly political in nature, again, if memory serves. Philip Selleck
No period after the “S”. Wasn’t his initial, just an S. He didn’t use a period. 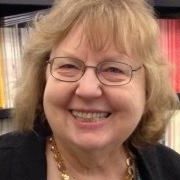 Linda Ulrich Murphy
Wasn&#39;t Roosevelt with his &quot;other woman&quot; when he died? I suppose the first one she would have called would have been his wife. They had an interesting relationship but apparently it worked for them.

Linda Ulrich Murphy
Mary Gini Fudge Chapman, I&#39;ve noticed that most of us who answer the questions get it right but the folks who publish the questions usually put the period in.

Mr.LaFaye
Harry S Truman, as pointed out knew nothing of the A-Bomb being developed. His choice was the only logical one we had. To invade Japan would have left Millions dead on both sides. Sometimes people do not know why we dropped it, or what Japan did in WWII to warrant the bombings. I wish he did not fire Gen. MacArthur in 1951, I think the Korean and Vietnam wars would have different out comes.