Who was the youngest command officer to be the Chairman of the Joint Chiefs of Staff?

Colin L. Powell served as Chairman of the Joint Chiefs of Staff from 1989 until 1993. Powell was 52 years old when he became the youngest officer, and first Afro-Caribbean American, to serve in the position as Chief. He was also the first JCS Chairman who received his commission through ROTC.

During his tenure, he oversaw 28 crises, including the invasion of Panama in 1989 to remove General Manuel Noriega from power and Operation Desert Storm in the 1991 Persian Gulf War. During these events, Powell earned his nickname, the reluctant warrior. He rarely advocated military intervention as the 1st solution to an international crisis, and instead usually prescribed diplomacy and containment.

anthonygriffin
Barrie Coleman, &quot;make no bones about it.&quot; A person with Retired General Colin L. Powell&#39;s character always &quot;shoot from the hip&quot; on the issues that matter in life. He believes in &quot;keeping it real&quot; in a response to others asking the questions. 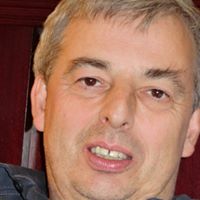 Peter Hardy
The question should state which country.

Don Racette
dsneed I didn&#39;t recognize it ..Boo me

Effren Hernandez
By reading some of the comments, it is such a privilege to be surrounded by such a high caliber of expertise and knowledge at such a high degree!

Todd Van Dell
Bob Alexander, Do shut up, Bob. You never have anything positive or uplifting to say. Sorry your life sucks so much you need to be a miserable cranky asshat, Bob. I still say you&#39;ve never had a day of fun in your whole rotten, sour grapes life, Bob. Get over yourself. No wonder everyone hates you whining crybaby Republicans, Bob. You and all your white supremacist neo-Nazi race hating Trump Squat &#128169; buddies. Do shut up, Bob, ya old windbag. Try to find something nice to say once in awhile. Ha. On the day Hell freezes solid, Bob.

littledick
Totally correct guess on my part. Picked him simply because this man was not treated so well by the Bush administration. A man of principle. Bob Alexander
Peter Hardy, you were thinking they were asking about Kenya? Dumb comment!

Carroll Price
Too bad he ruined his reputation by lying for the neocons who arranged the 9/11 false-flag attack and fake War on Terror. No one in that position would be dumb enough not to know it was all based on lies and fabrications that quickly became apparent.

Peter Robertson
As usual in America,he&#39;s referred to as an African-Carribean American. Pigeonholed again. Many of us in the outside world just thought he was a good bloke and would have been a good President,he proved that by having the sense to not try for the job!

patrhea
...got it, picked the only one familiar with 🙄👍

krkyates
Afro-Caribe American really? How P.C. is that. I want to know how many years Powell served in the Army....not his P.C. pedigree.
Author:
E11-Hitman
Writer