Who was the youngest Pharaoh to rule Ancient Egypt?

Tutankhamun, commonly referred to as King Tut, was an ancient Egyptian pharaoh who was the last of his royal family to rule during the end of the 18th Dynasty (ruled c. 1332 – 1323 BC in the conventional chronology) during the New Kingdom of Egyptian history. His names—Tutankhaten and Tutankhamun—are thought to mean "Living image of Aten" and "Living image of Amun", with Aten replaced by Amun after Akhenaten's death.

Tutankhamun was the youngest pharaoh to rule over ancient Egypt. He was between eight and nine years of age when he ascended the throne and became a pharaoh, taking the throne name 'Nebkheperure'. He reigned for about nine years. During Tutankhamun's reign, the position of Vizier had been split between Upper and Lower Egypt.

Chriss Crockford
I was lucky enough to visit Tutankhamun’s tomb, on a visit to Egypt.

newcenturion
I usually don&#39;t do this, but I think this is wrong. I remember reading the longest reign ever was Peoi II of Ancient Egypt in the Guinness Book of World Records. The estimates are that he reigned for 94 years. He came to the throne at the age of 6, opposed to Tut who came to power at the age of 8. 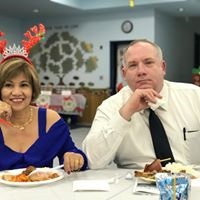 Kevin Fox
newcenturion, Pepi II was indeed 6 while Tutankhamun was 8.

Patsy Burchell
Actually he was 19years old when he died,and his parent&#39;s were brother and sister, that&#39;s why he had so many things wrong with him it&#39;s said he died in battle from a wound to the side and he was interred in Queen Nefertiti&#39;s tomb as one had not been built for him hence the smaller burial chamber.How do I know this I watch all the Egyptian docuseries.

Jaimi McEntire
Buried with a donkey. He&#39;s my favorite honky.

Areesha
If I remember correctly he was known as the Boy King.

Jim Kepler
Jim Kepler, for those who gave me a thumbs down, we were just in Egypt and visited the museum where the artifacts are stored and the tomb where his body lies in an open casket

Chriss Crockford
lordnaylor, when we went the Egyptian at the entrance insisted we buy a ‘fan’ for a £1. The ‘fan’ was the back of a cornflake packet. When we came out he insisted we return the ‘fan’ even though we thought we’d bought it. Really funny.

GreedyJoel
That means he was a somebody with good “Karma!”

gridirongreen
Patsy Burchell, how do I know this? I don&#39;t. I just repeat what someone else has said and make a rebuttable declaration that it&#39;s true. I actually don&#39;t know anything.

fdeisner
If I remember correctly he was known as the Boy King. 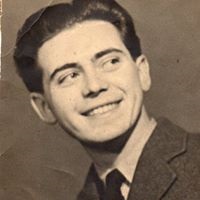 lordnaylor
been in his tomb

Susanna Viljanen
Pepi II. He rose on the throne in the age of 6.
Author:
Pramod Savur
Writer