Who was Walter Gropius?

Walter Adolph Georg Gropius (18 May 1883 – 5 July 1969) was a German architect and founder of the Bauhaus School, who, along with Alvar Aalto, Ludwig Mies van der Rohe, Le Corbusier and Frank Lloyd Wright, is widely regarded as one of the pioneering masters of modernist architecture. Gropius was also a leading architect of the International Style.

With the help of the English architect Maxwell Fry, Gropius was able to leave Nazi Germany in 1934, on the pretext of making a temporary visit to Italy for a film propaganda festival. Then fled to Britain to avoid the fascist powers of Europe, lived and worked in the artists' community associated with Herbert Read in Hampstead, London for three years, before moving on to the United States with his family.

In 1946, Gropius founded the young architects' association, The Architects' Collaborative (TAC), a manifestation of his lifelong belief in the significance of teamwork, which he had already successfully introduced at the Bauhaus. One of the works produced by this office is the Graduate Center of Harvard University in Cambridge (1949/50).

Gropius died on July 5, 1969, in Boston, Massachusetts, aged 86. He had been diagnosed with inflammation of the glands, and was admitted to hospital on 7 June. After an operation was performed successfully on 15 June, however his lungs became congested and could not supply proper amounts of oxygen to the blood and brain, lost consciousness, and died in his sleep.

David Roy
Sally Onyett, what? I Claudius was about Rome, not Greece. Not that I recall a character called Walter.

Sally Onyett
I must admit I went for the Greek option as it sounded like a character from the senate in : “I CLAUDIUS “ , a mini series from the ‘70’s 😜

Richard D. Boyle
He had the foresight to get out of Germany in the mid 1930s and escaped to England and then to the US. 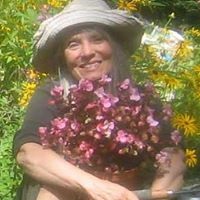 Kathryn Cavanagh
Obviously a man with foresight and principles, fleeing Germany at the right time.