Who won a record seventh British Speedway Championship in 2012?

Scott Karl Nicholls (born 16 May 1978) is a British speedway rider, who has won the British Speedway Championship seven times, and was a full participant in the Speedway Grand Prix series between 2002 and 2008.

Born in Ipswich, Nicholls began his speedway career in grasstrack racing becoming National Schoolboy champion in 1993. His first international appearance came in 1996 when he was selected to ride for Great Britain in the Speedway World Cup final. He then became British Under-21 Champion in 1998 and again in 1999.

His first experience of the Speedway Grand Prix series came with a wild card ride in Britain, with similar rides following in 2000 and 2001. He qualified as a full-time Grand Prix rider in 2002 and capped that season with a second place in the season ending event in Australia. That year he also won the first of his seven British Speedway Championships. His seventh British Speedway Championship win occurred in 2012.

Vince Savage
I disagree with D.A. completely...Speedway is an exhilarating spectator sport..we used to take the kids to watch and it was unhindered by betting/gambling at the time. Great question Stevie. 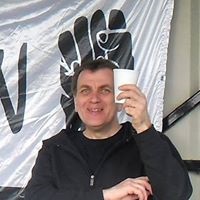 Simon Taylor
I didn&#39;t have a clue, but Scott sounded the kind of chap who&#39;d be into Speedway.

Denise Currie
Some years ago my husband and I used to take our son and daughter and one of their friends to the speedway, every Thursday night at Owlerton Stadium in Sheffield to support the Sheffield Tigers, we all used to enjoy it very much
Author:
Stevie G
Writer