William Tell is a folk hero of which country?

William Tell is a folk hero of Switzerland. According to the legend, Tell was an expert marksman with the crossbow who assassinated Albrecht Gessler, a tyrannical reeve of the Austrian dukes of the House of Habsburg positioned in Altdorf, in the canton of Uri. Tell's defiance and tyrannicide encouraged the population to open rebellion and a pact against the foreign rulers with neighbouring Schwyz and Unterwalden, marking the foundation of the Swiss Confederacy.

Set in the early 14th century (traditional date 1307, during the rule of Albert of Habsburg), the first written records of the legend date to the latter part of the 15th century, when the Swiss Confederacy was gaining military and political influence. Tell is a central figure in Swiss national historiography, along with Arnold von Winkelried the hero of Sempach (1386). He was important as a symbol during the formative stage of modern Switzerland in the 19th century, known as the period of Restoration and Regeneration, as well as in the wider history of 18th- to 19th-century Europe as a symbol of resistance against aristocratic rule, especially in the Revolutions of 1848 against the House of Habsburg which still ruled Austria five hundred years later.

Sally Onyett
I had to sing the song in my head to get the answer. How funny as I was looking for England in the answers. Come away , come away with William Tell Come away to the land he loved so well What a day, what a day when the apple fell for Tell and Switzerland . Haven’t heard that since childhood ..! 🤪

Carroll Price
Could have sworn it was in Africa. Jane Glick-Coleman
With a group of students many years ago, I was lucky enough to see the William Tell statue myself! 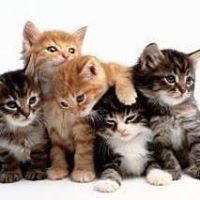 hector tubens
To Tell the Truth.