American cartoon character, Snagglepuss, is known for which catchphrase?

Snagglepuss, a Hanna-Barbera cartoon character, first appeared on American television in 'The Quick Draw McGraw Show' in 1959 as Snaggletooth. In 1961, with the new name Snagglepuss, the character appeared in his own series of short cartoons and as a regular segment on 'The Yogi Bear Show'.

He is a hot pink mountain lion who enjoys the finer things in life and shows a particular affinity for the theatre. He has been voiced by Daws Butler (1959–1988), Greg Burson (1989–2002), Jeff Bergman (1999–present) and others in various media.

He's best known for his famous catchphrase, "Heavens to Murgatroyd!", along with phrases such as "Exit, stage left!" (or stage right, and sometimes even up or down), a phrase used in theatrical stage directions.

fdeisner
I was looking for the phrase &quot;exit stage left&quot; prior to looking at the choices. I knew Heavens to Murgatroyd was the correct answer for the given choices. 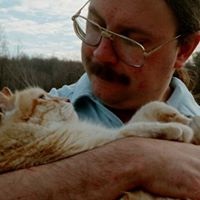 Curtis R Anderson
Snagglepuss sounded so much like Bert Lahr of Cowardly Lion fame that a legal settlement required the caption &quot;Snagglepuss voice by Daws Butler&quot; to appear whenever he appeared

Johnny Rock
The age of innocence.

Francie Carlson
He&#39;s also famous for saying exit stage left or exit stage right. LOVED WATCHING HIM WHILE I WAS GROWING UP!

Mic Fenst
Haven&#39;t heard that phrase in decades. Thanks for the reminder. Rodney Wilkinson
wok&#39;s it all about?

Corey Taylor
fdeisner, You too?

John W Shreve
Except for The Flintstones, I was never into the Hanna-Barbera scene.

wwcdmd
He was part of the Saturday morning cartoon marathon I enjoyed as a child.

catmom
I liked Snagglepuss when I was a kid bc he was a cat.

Bonnie
I didn&#39;t choose an answer and got it wrong. LOL good thing it wasn&#39;t really my bonus today, it would have ticked me off. I of course knew it as it is an old cartoon.

Steve Tingle
For some reason I have never seen the programme, but growing up in the 50s/60s I remember my peers talking about it. Our family did without a TV, my parents were against it - which has lead to me being addicted to it n late life.