An attempt to murder all of the British cabinet ministers and Prime Minister Lord Liverpool in 1820 was called?

At the end of the 18th century and in the first three decades of the19th, Britain was still predominantly agricultural. But society was changing. Rural living was giving way to industrialization and urbanization.

This newly industrialized world produced inflation, food shortages and new patterns of factory employment. A series of riots and industrial unrest occurred. The government responded with a series of repressive measures (including the Combination Acts of 1799), which forbade the gathering of working men with a common purpose.

In 1820 a small group led by Arthur Thistlewood (a prominent radical in London), protested against the harshness of these measures. The group became known as the Cato Street conspirators, named after the street near Edgware Road in London where they last met. The group included a man named William Davidson, who was born in Jamaica. Thistlewood's group aimed to overthrow the government by assassinating the entire Cabinet while they were dining at Lord Harrowby's home in Grosvenor Square.

The authorities received an intelligence report about the conspiracy and stormed the room on Cato Street. Thistlewood killed a policeman in the fracas. After his arrest one of the conspirators (James Ings) described the plan. He would be the first to enter the room at Lord Harrowby's house armed with a pair of pistols, grenades and a knife. He intended to behead every member of the Cabinet, then take away the heads of Lords Castlereagh and Sidmouth in bags to display them on spikes on Westminster Bridge.

Bill Coe
Algernon Bhoomz, I wish someone would arrest me and ship me to Australia.

Spc Kook Dude
Richard D. Boyle, not as good as mine or Steve&#39;s.

Pam Tyler
I wonder if Calo Street is still there or if it was renamed Cable Street, a much better known Street for conspiracies? . .

Sue Grayson
Where is Australia mentioned? Michael Baker
Fred Keogh, If they are from Australia and living in London surely that is reason to moan.

Magpie
And where does Australia come into the question or the information, or have I missed something yet again.

Magpie
George Oliver Prince, Glad you loved it over here, I am lucky to live in such a wonderful place.

Fred Keogh
Rob Bowman, Probably evens out with the moaning Aussies in London!

Joe Mangan
Thistlewood&#39;s great-uncle was one of the most tyrannical slave owners of the Caribbean. 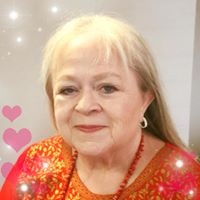 Annie Wiederstein
Read it on the picture.

Rob Bowman
We have enough whining pommies here already thanks. James Webb
There are many who wished that had happened to Tony Blair and his cabinet.
Author:
blkstang
Writer