As of 2019, Alexander Lukashenko has been the president of Belarus since when?

Alexander Grigoryevich Lukashenko is a Belarusian politician serving as President of Belarus since the office was created on 20 July 1994. Before launching his political career, Lukashenko worked as director of a collective farm (kolkhoz) and spent time with the Soviet Border Troops and the Soviet Army.

He was the only deputy to vote against the independence of Belarus from the Soviet Union. Lukashenko opposed Western-backed shock therapy during the post-Soviet transition. He has supported state ownership of key industries in Belarus. Lukashenko's government has also retained much of the country's Soviet-era symbolism, especially related to the victory in the Second World War.

Western opponents of Lukashenko have described Belarus as 'Europe's last dictatorship'. Since 2006, Lukashenko and other Belarusian officials have also been the subject of on-and-off sanctions imposed by the European Union and the United States for human rights violations. He responds that his policies are the only alternative to instability and have spared Belarus from the poverty and oligarchy seen elsewhere in the former Soviet republics. Francie Carlson
I wonder if he’s a friend of Putin’s. 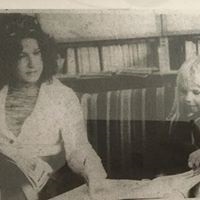 Pat Cooper
Enough of the questions promoting Russia and its enablers, pro Putin?

illonabird
James Lovatt, He is, and has been, a pariah on the world stage. He is in

john duckett
Another murderous autocrat who won&#39;t accept it is time to go.
Author:
Andy
Writer