Before starting the Waring Corporation, what was Fred Waring best known for?

Frederick Malcolm Waring (6/6/00 – 7/29/84) was called “America’s Singing Master” and “The Man Who Taught America How to Sing”. He formed his first band as a teen. It morphed into Fred Waring’s Banjo Orchestra, which was a success in his hometown, Tyrone, Pennsylvania.

He studied architectural engineering at Pennsylvania State University and unsuccessfully auditioned multiple times for the Penn State Glee Club. He left school to go on the road. His group became "Fred Waring and His Pennsylvanians”.

The group was a commercial success. In 1932, while still performing on radio, “Waring’s Pennsylvanians” stopped making records. It added a male singing group, which was trained by Robert Shaw, who later directed the Atlanta Symphony Orchestra and Chorus.

A $25,000 investment bought Waring the “Miracle Mixer” and the Miracle Mixer Company. These became the Waring Blendor and Waring Corporation. Waring spelled it "Blendor" on purpose, as a marketing ploy. Jonas Salk used one to develop his polio vaccine. The millionth blending unit was sold in 1954.

Waring returned to recording and sold millions of records during the 1940’s and 1950’s. He started the music publishing company Shawnee Press and successfully taught choral singing around the nation. Mr. Waring had his own television show (6/20/48 – 5/30/54) on CBS.

He held choral workshops at Penn State and his archives and memorabilia are at the university. He became a trustee and was designated a distinguished alumnus. Kathleen Vopalecky
After Fred Waring&#39;s death in 1984, his legacy continued at Penn State with the Fred Waring U.S. Chorus. Talented high school vocalists from across the country auditioned for a spot in this summer workshop and finale performance. My daughter participated in the program for two years and got to know Mr. Waring&#39;s widow, Virginia, whose name graces an international piano competition in Palm Desert, CA.

Claire Mitchell
Thanks for the info. 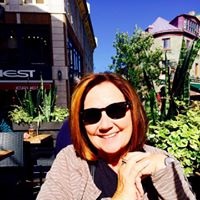 Penny Smallwood
Fred Waring Drive is a major roadway through the areas of La Quinta, Indian Wells, and Palm Desert in the Coachella Valley. Always wondered who he was!

George Oliver Prince
Barely remember the show, forced to watch it as a kid when I&#39;d rather watch a cowboy show

snickie
Fred Waring and his Pennsylvanians were on the radio in the 1940s and my mother would brush my long curls while we listened every morning. Had no idea related to the Waring blenders.

Diane Herbert Wall
Met him at my Sis-in-law&#39;s wedding. Peter Wright
Got it, ok

Stoic Kitty
I didn&#39;t buy any of his records.

Willa Hagler
When I was young my favorite records were Fred Waring and the Pennsylvanians. I saw them perform in Jackson, MS in 1959. They were wonderful. I did not know that he had any connection to the blender!

Cheryl McMeekin
Never heard of him.