Cleopatra VII Philopator known to history simply as Cleopatra, was the last active pharaoh of Ancient Egypt, only shortly survived by her son, Caesarion as pharaoh.

Cleopatra was a member of the Ptolemaic dynasty, a family of Macedonian Greek origin that ruled Egypt after Alexander the Great's death during the Hellenistic period. The Ptolemies, throughout their dynasty, spoke Greek and refused to speak Egyptian, which is the reason that Greek as well as Egyptian languages were used on official court documents such as the Rosetta Stone. By contrast, Cleopatra did learn to speak Egyptian and represented herself as the reincarnation of an Egyptian goddess, Isis.

Stevie G
Not even a question and should never of been passed.

John Manley
Right answer not even available - her nationality was Macedonian.

Allan Orton
I want my points back!

Dorian Knight
Egyptian would be her nationality by birth, Greek was her ancestry.

Rafi Manory
A question intended to mislead. Her ancestry was Greek, but she was born in Egypt and ruled Egypt. Price Phillip was of Greek ancestry but actually he was not even that, was he? A question that should not have been approved. Paul Gibson
Yet another wrong answer!!!

LibraryLady
The question is too general and the answer choices are meant to deceive! Had the author left Egyptian out of the choices, perhaps the question could be valid. Since Cleopatra was born in Egypt, she is Egyptian. Her heritage may be Greek, but the question leaves it open to 2 different answers....and we are only allowed to choose 1. Consider this.... if you were born in America, you are clearly American, regardless of where your family came from!

Tommy Hutchinson
does that mean JFK was not American but Irish

pabjetster
Born in Egypt, ruled Egypt, died in Egypt -- and that makes her Greek? My heritage is German. I have even been to Germany a few times. But I am an American!

Nigel H
This site is little more than a joke with so many questions with wrong answers - how about the slogan QUIZZCLUB - WHERE EVERYTHING MEANS ABSOLUTELY NOTHING!!! 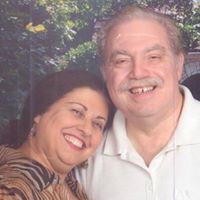 Bonnie
E=mc hammer, The purpose was to make the author feel superior, however it failed IMO. To me the author didn&#39;t know how to complete his sentence, or ask his own question in a way that made sense.